Through the first half of 2021, many North American ports experienced surges in cargo volume, specifically imports, as the national economy continued to recover amid the backdrop of the pandemic. With consumer confidence increasing and economies opening in the second half of last year, goods were being shipped at a rate not ever seen before. As a result of pent-up demand, major ports such as New York/New Jersey (NY/NJ) and the Ports of Los Angeles (LA) and Long Beach (LB) continued to experience delays, including wait times and delays in ship arrivals. The Ports of LA and LB have seen container ships queuing up at rates not seen since the 2020 peak season (last fall). This is due to the simultaneous arrival of ships delayed from South China, new trans-Pacific services and additional extra loader vessels. Imports through the ports of LA and LB have swelled 41.1% year-over-year though midyear.

North American industrial markets, and especially port-proximate industrial markets, are seeing record low vacancies. Los Angeles, New Jersey and Savannah are below 3.0% vacancy while Vancouver has a sub 1.0% vacancy rate. Additionally, rents in these port-adjacent areas are reaching new highs. New Jersey, Los Angeles, Seattle, Miami and Long Island, to name a few, have all seen more the 11.0% year-over-year (YOY) increases in rental rates, and increases are not expected to slow. As vacancy rates drop and rents continue to rise in these areas, tenants must obtain space further from ports to store the influx of product coming in. 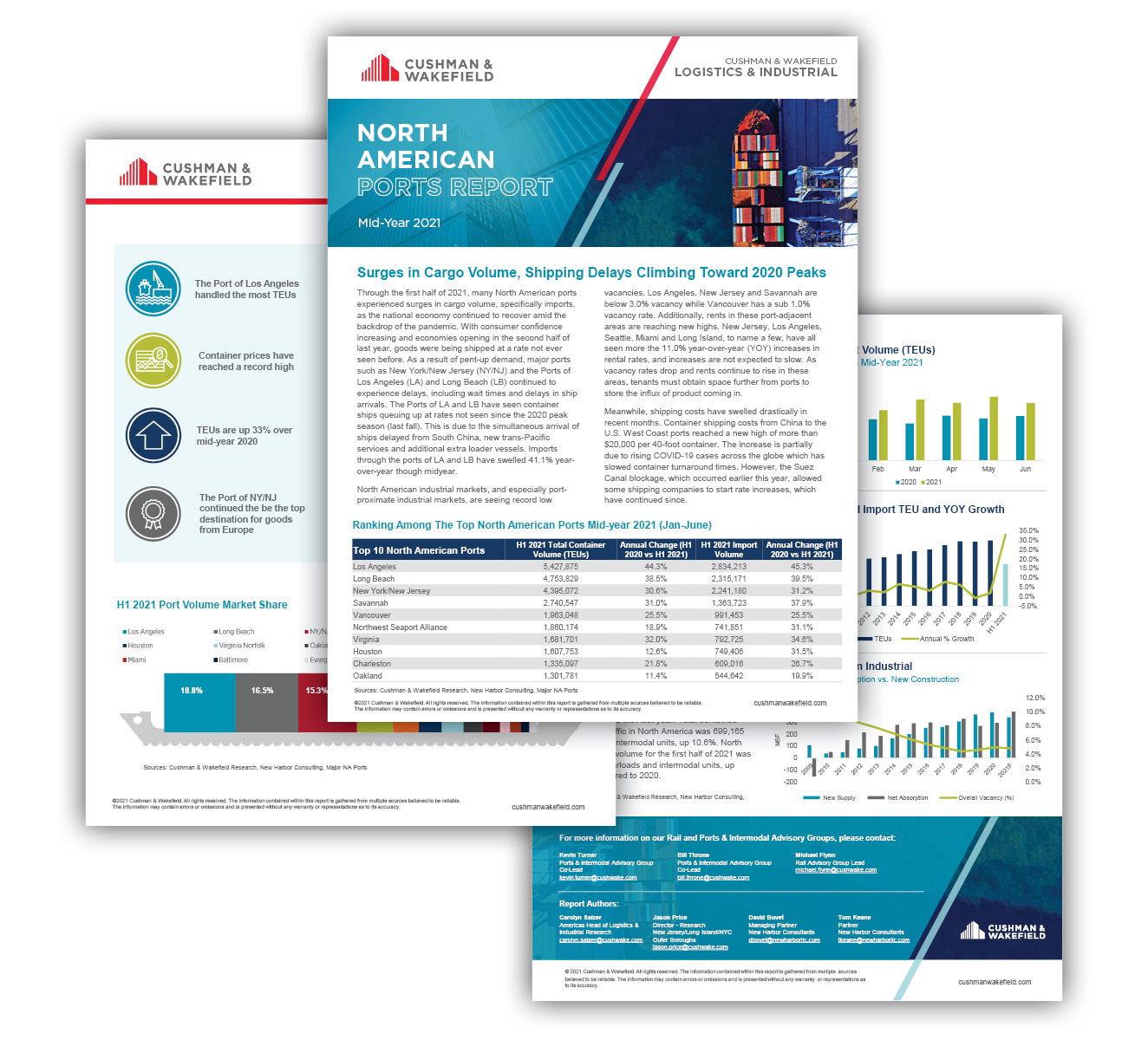 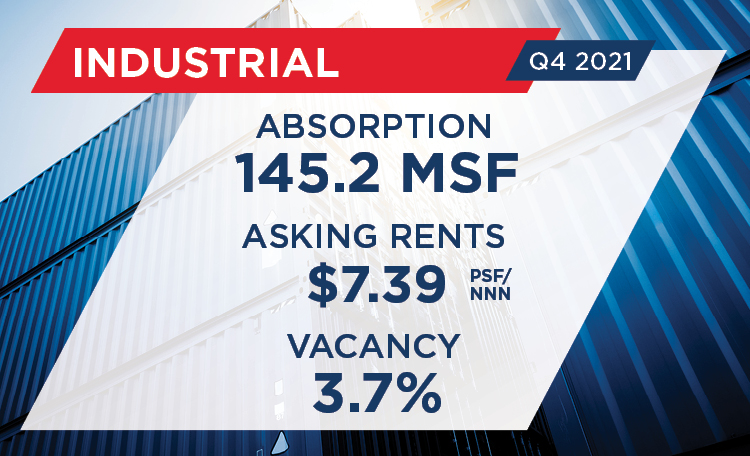 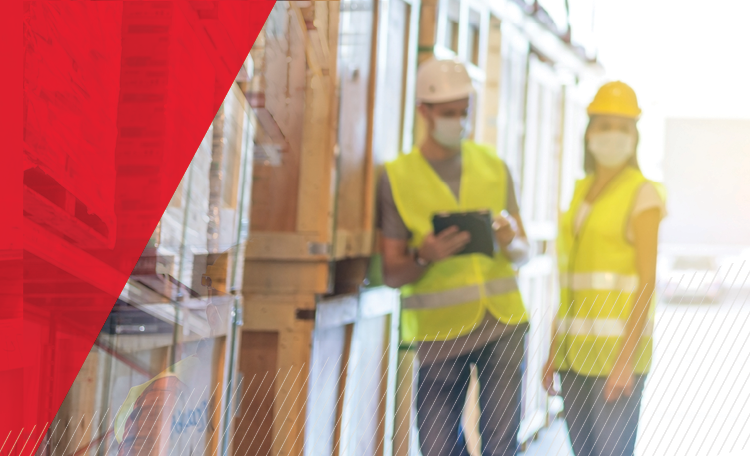 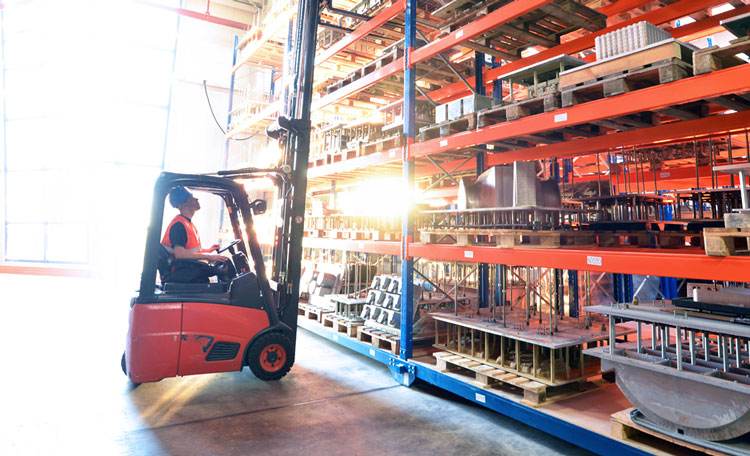 Sustaining Industrial Labor Needs During and After the Pandemic

Finding and retaining a skilled workforce continues to be a critical need, and those unemployed during the pandemic may need training and help with other issues to step into those open roles.
12/10/2020

In the fast-evolving sector, occupiers and owners benefit from our versatile representation expertise throughout the supply channel.
Learn More

At the connection of retail, e-commerce, logistics and industrial, we offer omnichannel solutions to keep you current in an evolving landscape.
Learn More