The lockdown measures implemented by the Government to control the spread of coronavirus have had a profound effect on office development activity. Construction output fell by ~40% m-o-m in April; the largest fall since records began. In many cases, building sites have been closed and workers have been furloughed or laid off. However, as restrictions ease and as economists anticipate some level of recovery in 2021, can we expect the same from the construction industry?

The context is relevant. Commercial construction activity in the UK went through a paradigm shift following the global financial crisis. Given that debt-fuelled development and irresponsible lending played a large part in precipitating the crisis, it was always unlikely that the easy environment for development would return once the market normalised. Lenders have become more wary, and the risks of long letting voids upon completion, eyed with greater caution.

By 2015, 7 years after the crisis started, construction output in the UK was still only 70% of pre-crisis levels. Then we throw Brexit into the mix. Beyond the demand side risks that came with the referendum result, we saw an 8% rise in construction costs over the following 12 months as the pound weakened and as difficulties arose in sourcing workers from the EU. Hence we started 2020, with relatively low vacancy levels nationally, as supply has been kept in check. This has particularly been the case in the regions where Grade A vacancy is just 2.1%.

Meanwhile in the retail sector, in-town supply has been virtually turned off, with development largely limited to refurbs and repositionings. The picture is different for residential and logistics. However, supply in the former is still struggling to match demand.

Enter coronavirus. Companies across the world are reassessing their occupational strategy, which in many cases envisages some level of continued home-working, both in the short and long term. Data suggests that some office-based sectors, including real estate and financial services, have managed to maintain output levels in excess of 90% of ‘normal’ during lockdown. Whether this can be replicated over a longer period remains in question. In many respects however, the uncertainty of what happens next is equally dissuasive of development as might be the knowledge of a new normal.


Does this all point to an impending contraction in office development?

In the short-term, there is significant momentum in the supply pipeline. Committed starts, limited competing supply and huge penalties for pausing construction, will lead many to continue. Inevitably however the completion of some schemes will be delayed due to the closing of building sites through April and May.

Set against these factors, are the new requirements that occupiers already have and are unaddressed, and the ones that they might have following this period of change, that will not be delivered by existing stock. Occupiers have long held the view that well-located, best-in-class office accommodation is essential for attracting and retaining talent. Our survey data suggests that this is the most important factor now influencing office selection.

Evidence of this can be seen in the thriving pre-let market across the UK and in particular in London. In the capital there is over 17 m sq ft currently under construction, 10% up on last year and almost 30% higher than two years ago; tellingly more than half of everything currently on site is already committed.

Securing the right real estate option is paramount for businesses, which has led to some larger searches being activated more than six years in advance of a lease event. Many of the schemes due to commence over the next few years will be underpinned by commitments from companies which are all too aware of the importance of the office to their long-term future in London. Again this fuels momentum.

It remains to be seen what the occupier response will be to health issues highlighted by COVID-19. Particularly, if M&E needs to be tailored to new criteria in the long term, then we should expect to see an increase in refurbishment and retrofitting. Where this cannot be delivered, new schemes that can point to health credentials are likely to command a differential rent, which provides an opportunity for brave developers. For some occupiers, coronavirus measures mean that a ‘stay’ option is no longer viable, not least due to the costs involved in upgrading air conditioning systems and fitouts.

Similar nuances around the new role of the HQ as part of a new ‘Total Work Ecosystem’ might also lead to the repositioning of assets through development. Companies’ real estate decisions will increasingly be based on staff needs, wellbeing and a ‘people come first’ approach. Occupiers may have more liberty to spend this money in a new world where the office serves a more nuanced purpose.

Finally, as recession stress tests ownership structures, it may well be the catalyst for the repurposing agenda that has been building in our regional town centres for some time now. Development activity arises not just from economic expansion, but also from obsolescence and change of use, for which the business case is now clearer.

Is the cycle over? In a traditional sense, a down phase feels inescapable. This will provide some cushion for rents. However, I would position the next 3 years as an evolution of the cycle rather than its end. Regeneration, repositioning and renewal provide new opportunities for far sighted developers.

Latest articles in this series

Get insights on investment volumes, leasing take up, lab supply and pipeline, and investment into life sciences real estate across Cambridge, London, and Oxford.
Jamie Renison • 01/02/2023 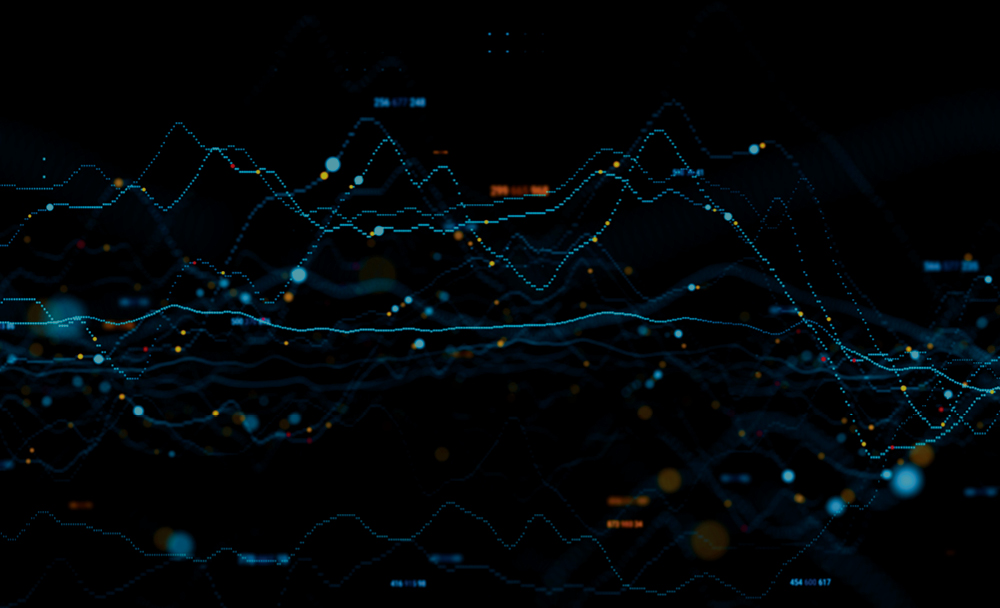 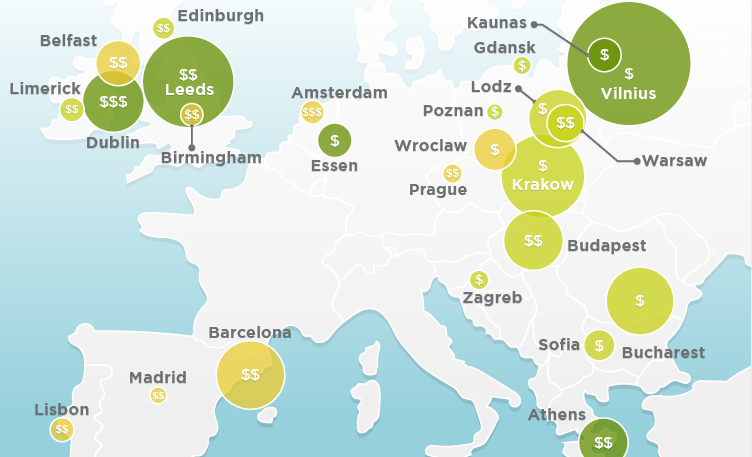 Infographic: Choose Your Next Shared Service Centre in Line with Your Business Drivers 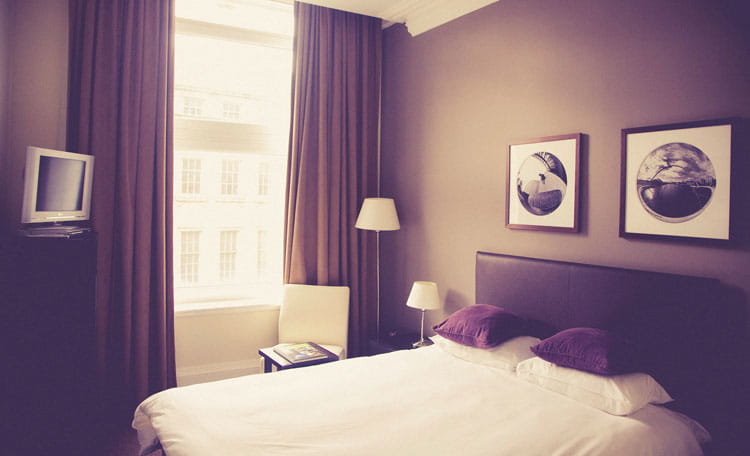 An update on the impacts of COVID-19 pandemic on hospitality real estate in Europe.
Bořivoj Vokřínek • 08/03/2021 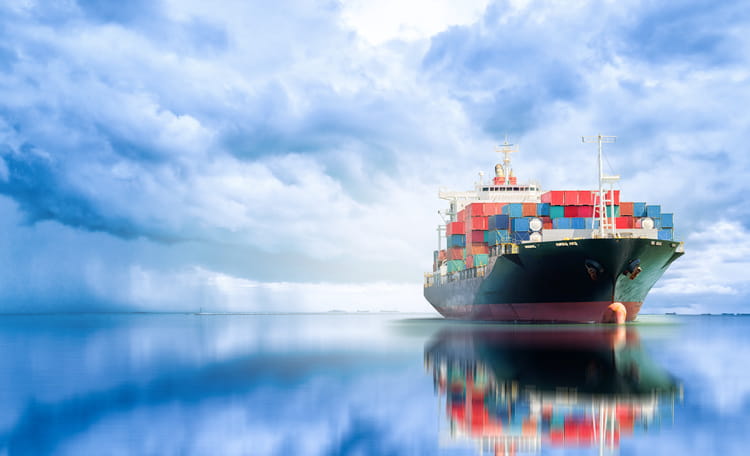 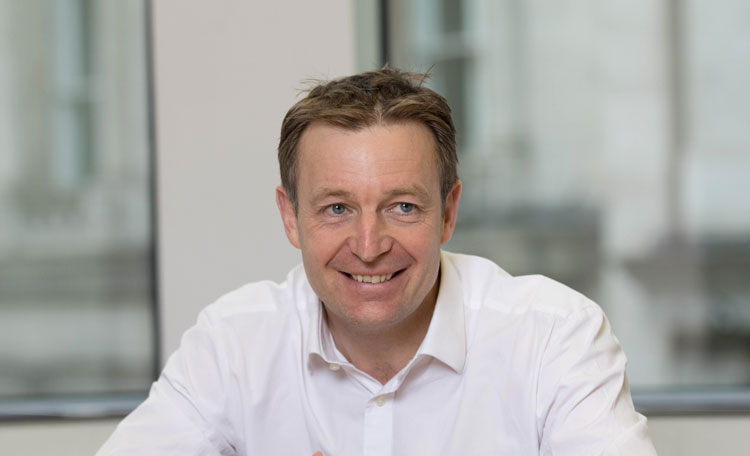 We will look back at 2020 as the year in which COVID-19 accelerated forces of change. These forces will shape the industry for many years to come and for those that are able to interpret and take advantage of them, the opportunities are enormous.
George Roberts • 04/11/2020

Get insights on investment volumes, leasing take up, lab supply and pipeline, and investment into life sciences real estate across Cambridge, London, and Oxford.
Jamie Renison • 01/02/2023

The UK Logistics & Industrial National Outlook report analyses quarterly UK industrial and logistics property activity across the UK including demand, market supply and pricing trends with an outlook to future trends in this property sector.
30/01/2023

Infographic: Choose Your Next Shared Service Centre in Line with Your Business Drivers

An update on the impacts of COVID-19 pandemic on hospitality real estate in Europe.
Bořivoj Vokřínek • 08/03/2021