By Maurits Elen, The Diplomat

China is moving closer to a nationwide property tax. Expected to be rubber-stamped in 2019, the levy will tame speculative market behavior and modernize the system. While legislation was long-delayed until now, actual implementation could span several more years, especially now that the economy is cooling down.

Edward Cheung, Cushman & Wakefield’s chairman for the Asia-Pacific, says that the tax will be gradually implemented to avoid housing prices from falling too sharply. In this interview, he shares how the market can absorb the changes and how the real estate sector is affected by the economy’s great rebalancing.

Maurits Elen: In the near future, a nationwide property tax will be introduced. What are the biggest challenges? 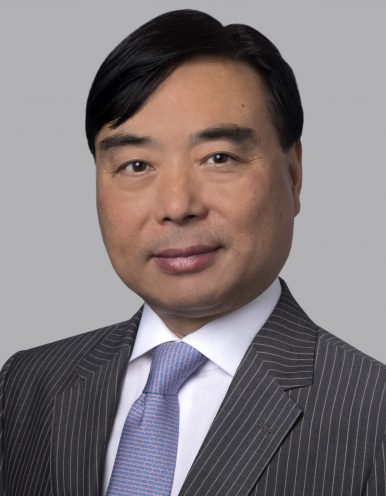 There are indications China is looking at alternatives on how housing taxes are to be levied. At the end of last year, Minister of Finance Xiao Jie pointed out in a People’s Daily article that “the real estate tax on industrial and commercial real estate and personal housing should be levied according to the assessed value. The tax burden on the construction and transaction segments should be appropriately reduced, and a modern real estate tax system should be gradually established.” In effect, this would mean that China’s housing taxes would be expanded to cover the property holding segment in addition to levies on the construction and transactions of real estate. Inevitably, a large number of vested interests would be impacted. In implementing the new system, challenges may include:

Second, redistributing and integrating the taxing authority and responsibilities between the central and local governments.

Third, difficulties at the local level of creating an essentially new tax category on residential real estate and applying it to cities at different stages of economic development.

Fourth, immense information collection and management work. Should China adopt a housing tax on holdings, this would mean that it would be necessary for authorities to know the taxpayer’s asset holding status and the value of their property. Given the large-scale information collection and management challenges involved with realizing this, China has established a national unified real estate registration platform and taken appropriate action to strengthen the real estate tax assessment system currently being used.

How can the market prepare for this overhaul?

In addressing this question, it is critical to understand the rationale for an expanded tax that covers the property holding segment. First, the government wants to avoid a sharp fall in housing prices, suggesting the new tax would be introduced on a gradual basis. Second, the government aims to establish a scientific and modern real estate tax system over the long haul that, coupled with other regulatory policies, can curb speculative activities in the real estate market and encourage rational investment behavior.

It would be prudent for the market to be prepared along the following lines:

First, discourage a speculative mentality. Housing prices in many major Chinese cities are relatively high, but rapid development in housing value is unlikely in the short term. At the same time, real estate taxes have increased the costs associated with real estate holdings, and relevant investment profits are on the decline. In keeping with the government’s principle that “houses are for living, not for speculating,” reasonable assessments of market prospects and related costs, as well as striving to discourage a speculative mentality, could help investors to effectively avoid risks.

Second, pay attention to the value of rent. Rental housing is one mechanism that a property owner may employ to offset holding costs. Stable rental income, coupled with reasonable space appreciation, can bring certain benefits to property owners, especially in the context of developing a robust rental housing market in China.

Third, consolidate stock assets. According to the experience of other countries, no matter the number of real estate holdings or the housing area per capita, real estate tax collection often has certain exemptions. For example, assets in core areas of cities have a greater chance of enjoying more concessions than assets in non-core areas.

How has your industry experienced the focus on high-quality growth?

China’s focus on high-quality growth has led to a rapid expansion of the service sector, driving tremendous absorption in the office and retail sectors. According to our survey, of 18 major cities in China, we witnessed record high net absorption levels in both the office and retail property markets. Over the first half of 2018, these markets had already recorded net absorption close to half of last year’s record levels, at 2.6 and 3.9 million square meters, respectively.

In the Grade A office market, we have seen increasing demand from companies in the professional services (especially co-working), finance, as well as technology, media, and telecom (TMT) sectors. This holds especially true for domestic companies, which are going through a “flight to quality” in respect of their real estate requirements. For instance, in Shanghai, companies in said three sectors accounted for over 65 percent of the total leased area (including renewal) over the first half of 2018.

In the prime retail market, partly driven by Chinese citizen’s rapidly growing disposable income, we observed rapid expansion of brands in the food and beverage, fashion, and leisure and lifestyle segments. In addition, driven by China’s targeted growth in innovation and technology, and well-developed infrastructure, a wide range of new retail concepts and online-to-offline (O2O) collaboration stores have been introduced to the market recently, such as Hema Fresh, Super Species, 7 Fresh, and Le Marche.

In second and third tier cities, are there any specific property types that investors are turning more to this year?

This year, we have observed significant investor participation in industrial and hotel properties in China’s second and third tier. Over the first half of 2018, industrial/logistics properties and hotels accounted for 40 percent and 36 percent of the total property investment volume, respectively. This is a drastic change from last year’s investment trend, where office and retail remained the favored asset classes, whereas industrial and hotel investments only accounted for 24 percent and 7 percent, respectively.

China’s logistics sector is certainly one of the fastest growing industries globally, accounting for a 40 percent share of the global cargo volume in 2017. Many of these new logistics centers are in second and third tier cities, and given China’s burgeoning e-commerce market, demand for quality logistics properties will likely outpace supply, providing ripe investment conditions and many opportunities for investors.

As for hotels, one of the key drivers for the increase in demand is an initiative by many local governments to attract tourism. In addition, as Chinese citizens’ disposable income increases, there is a greater willingness to spend more on travel and leisure. Although China does not publish tourist arrivals data specifically for second and third tier cities, it is notable that last year the country as a whole clocked a record-high number of foreign visitors at 29 million arrivals, up 3.6 percent from 2016, according to the National Bureau of Statistics.

The increasing challenge to get development funding is likely to create many opportunities for partnership or acquisition of commercial properties or development projects during the remaining part of 2018. This is because most commercial properties are often capital intensive and have longer payback periods than, say, strata-titled residential development projects, which generate stronger cashflows early on. As a result, commercial projects with restrictions on strata-titled sales will be prime candidates for disposal over the short- to medium-term.

How have logistical capabilities of cities that are supportive to the Belt and Road Initiative (BRI), such as Chengdu and Chongqing, been developing?

In recent years, the logistical capabilities of Chinese cities linked to the BRI have improved in a variety of ways, including development of new highways, airports, rail links, ports, and state-of-the-art logistics facilities. In turn, there is growing demand for businesses serving the logistics industry, such as 3PLs [third party logistics], shipping, trucking, forwarding, and the like. Technology-driven logistics activity, coupled with reduced transportation times and costs achieved through increased efficiencies, is helping to make the BRI highly competitive, while boosting economic growth in west China and bringing it more on par with development in the east.

Chongqing, for example, has become a key trade node between China and Europe, due to the maturation of the Yuxinou International Railway. The intercontinental freight line, which links the megacity and remote areas of northwest China with Europe, transported 42,000 Twenty-Foot Equivalent Unit (TEU) of cargo in 2017, doubling in volume from the previous year. As Chongqing’s export profile increases, a roster of global 3PLs have established operations in the city to capitalize on growing trade demand among BRI countries in the region.

Chengdu is another logistics hot spot, boasting sophisticated air cargo facilities and the most domestic and international routes for airports in central and west China. The capital city of Sichuan province recorded air cargo throughput of 117,000 tons in 2017, posting the second fastest growth rate nationally at 19 percent year-on-year. In strengthening Chengdu’s role under the BRI, construction is underway on a second international airport for the city, which, when completed, is estimated to add as much as 700,000 tons annually of cargo throughput capacity. This should enable the city to open a door directly to Europe, creating significant business opportunities and enhancing logistical efficiency.

Note: The article above originally appeared in The Diplomat