The number of foreign visitors to Japan has reached almost 31.2 million in 2018, an impressive 370% growth. The influx is heightening the demand for new luxury hospitality developments.

Despite the world’s unwavering interest in Japan’s charm for many decades, the country has received only a relatively modest number of visitors in the past, as seen in the chart below.

It impacted the hotel market, which comprised mostly of boutique and city type hotels, with a limited number of luxury hotels of only around 50 facilities nationwide.

However, due to several circumstances such as relaxed visa restrictions and the falling value of the Japanese yen, plus increased LCC flights, the wind of change since 2012 turned the country of cherry blossoms into one of the fastest-growing travel destinations. The number of foreign visitors to Japan has reached almost 31.2 million in 2018, an impressive 370% growth as compared with pre-Abenomics in 2012.

The trend is not stopping: Japan government’s aim is to further increase overseas arrivals to over 40 million tourists by 2020. With expanded consumption tax exemptions for visitors from abroad, the aim is to reach 8 trillion yen in sales from tourist arrivals in the country for the Tokyo Olympics in 2020.

The above trend is heightening the demand for new luxury hospitality developments; some of them offering uniquely Japanese solutions.

Location of luxury hotels in Japan

As expected, most of the luxury hotels are concentrated in the Tokyo area. In recent years Japan has witnessed a growing number of such projects in Greater Osaka (Osaka & Kyoto) area, followed by popular resorts like Niseko in Hokkaido and in Okinawa.

On the other hand, major cities such as Nagoya and Sapporo still do not offer any completed, nor plan to deliver new luxury hospitality projects.

According to Cushman & Wakefield Research, the Average Daily Rate¹ of luxury hotels in Japan increases year by year along with the growing demand. Nevertheless, investors must take into consideration the seasonality of tourism, as in the case of popular resorts such as Niseko, which mainly welcomes visitors from November to March.

Despite several domestic upper-scale hotels in Sapporo – the biggest city in Hokkaido, there are no international upper-scale nor any luxury hotels in the city yet.

However, Sapporo may be the next hot spot for future luxury hotel developments, as several tourism-boasting infrastructure projects are to be completed in the next decade.

The most prominent investment is the extension of Hokkaido Shinkansen line in 2031, which will enable access to Sapporo from Tokyo in only five hours by the bullet train. The completion of the line will trigger several redevelopment projects as well. 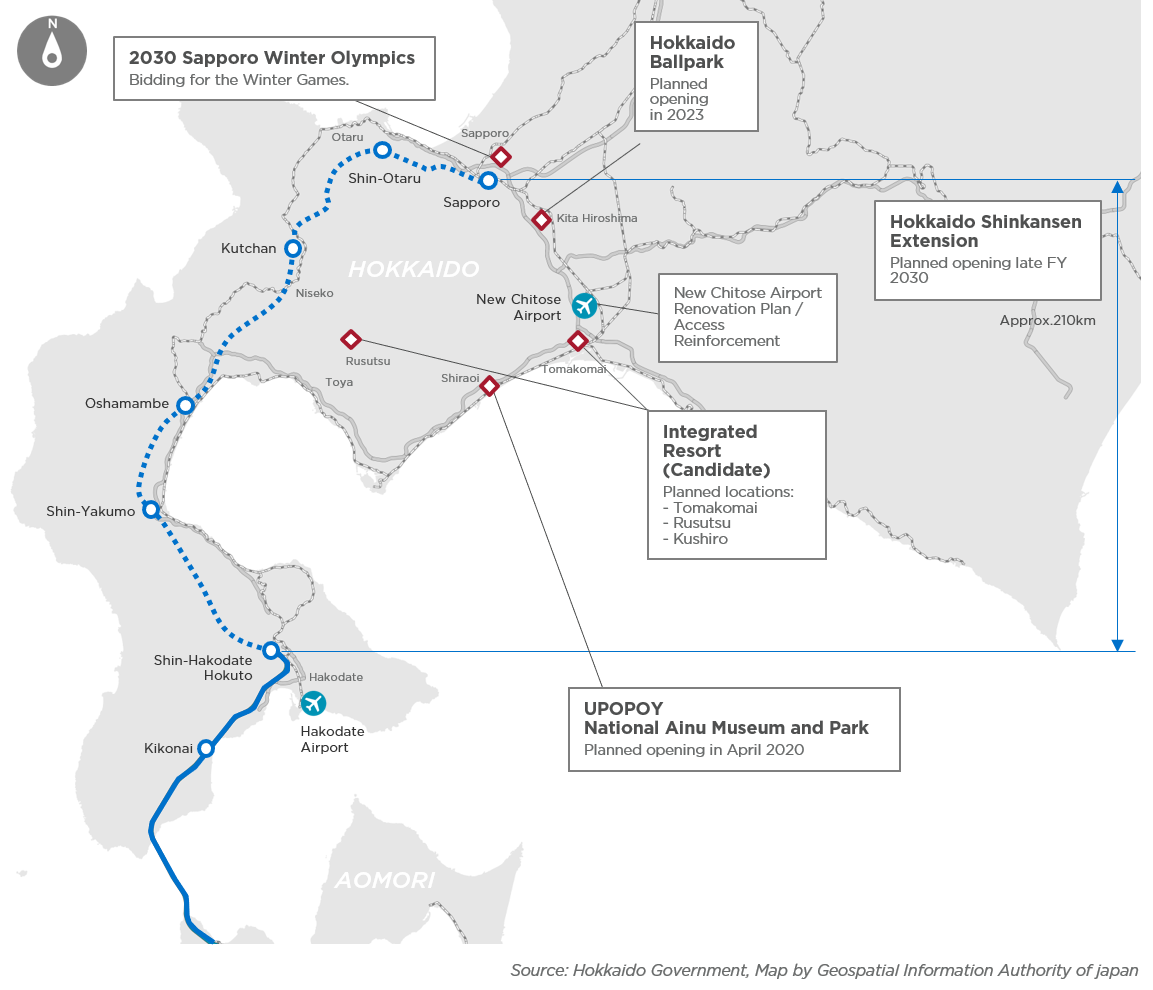 To stay competitive in the hospitality industry, it is also critical for hotel developers to adapt to the changing consumer behavior and trends. Some luxury hotel developers in Japan have already come up with innovative solutions not only to keep up with the trends but also to enhance their services.

Despite of a hotel’s high-class standards, guests can be easily deprived of a good quality sleep during the stay due to the sound, air breeze and unpleasant smell of the room air-conditioner. 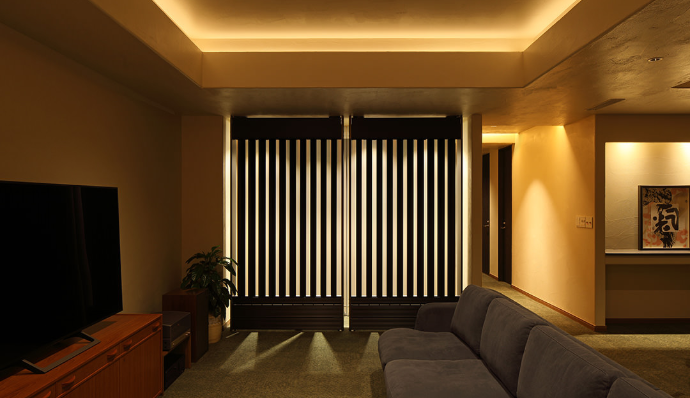 To offer higher comfort for guests, the Great Morning Hotel in Fukuoka, which opened in 2018, has introduced an innovative Japanese temperature regulation system to replace all conventional air-conditioners.

Invented in 2011, “Hikari FIRST” is a sustainable radiant-style heating and cooling system that use the far infrared rays to regulate sensory temperature. Ground stone coating of the radiation units, wall and ceiling surfaces create an infrared wavelength circulation, which results in a breezeless, noiseless and dustless ventilation. The system provides a clean atmosphere comparable to the forest air. This solution has been applied to the hotel for the first time.

Expensive to construct but mesmerizing to look at due to their visual effect of water with seemingly no boundary, infinity pools have become a trend among luxury facilities worldwide. The first of its kind can be found in Marina Bay Sands in Singapore, which has the world’s largest, 150-meter long rooftop infinity pool. The infinity pool offers visitors a majestic view of the city from 57 storeys up.

Another eye-catching project with construction aimed to start in 2020 is “Infinity London”, which will be the world’s first 360-degree view pool on a rooftop. “Infinity London” will have no entrance or exit at first sight. Users will have to enter the pool through a spiral staircase that rotates and rises through the water using submarine-inspired air-locking doors.

In Japan the trend is seen to be utilized in a unique way, where hot spring (onsen) inns offering an open and indoor bath with a good view have been popular since ancient times and remain to be a favorite today.

As being close to nature is characteristic of traditional architecture and reflects the aesthetic taste of the country, infinity pools influenced the creation of infinity hot springs and spas in Japan. While not spectacular in size, their value lies in the “no boundary between nature” experience, be it between an ocean, lake or a mountain view. 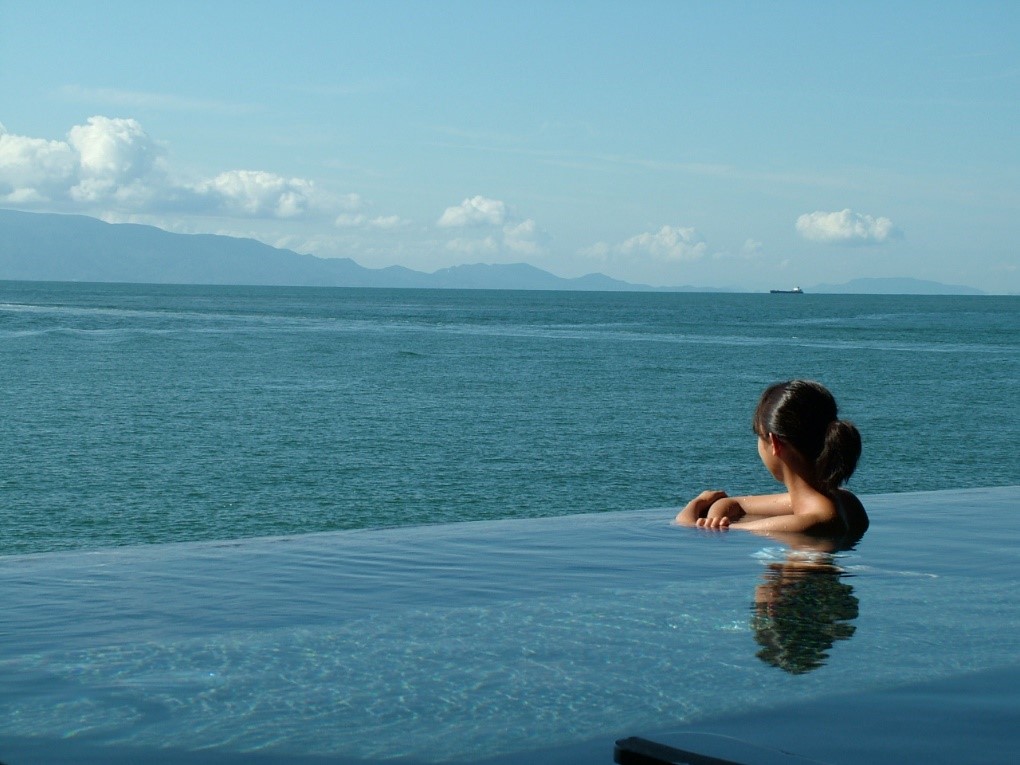 With the steady influx of tourists, the luxury hotels market has been steadily growing in Japan, which may become the next center of attention for investors. Even after the Tokyo Olympics in 2020, the trend is prognosed not to slow down, considering the Japanese government’s visitor-friendly policy as well as new infrastructure and world-class tourist attractions’ active development.

If you would like to discuss the latest trends in the Japanese hospitality market and how we can help you with your investments, please contact: