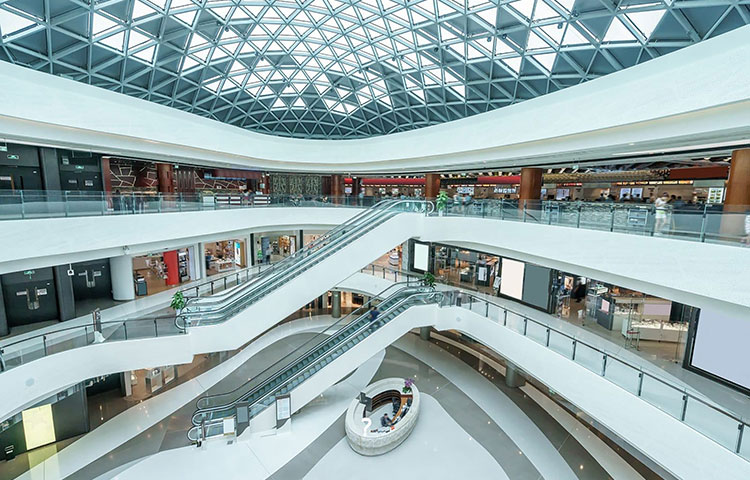 The fourth quarter of 2018 saw new project completions in Beijing and new entrants in the Singapore and Seoul retail markets, according to Cushman & Wakefield’s Q4 2018 Asia Pacific All Sector MarketBeats.

Of the 11 shopping malls completed in Beijing in 2018, 92% of the new retail supply was located in non-core areas. In Singapore SuperPark opened a 40,000 square feet indoor playground in November with life-sized pinball, baseball, and trampolines in Suntec City. However, though retail sales and tourist arrivals continued to rise in Singapore, prime retail rental growth slowed amidst a challenging operating environment.

Here’s an overview of the fourth quarter performance of some of Asia Pacific’s commercial property markets.

The total real estate investment sales volume amounted to S$5.7 billion in Q4 2018, decreasing by 19% quarter-on-quarter (Q-o-Q). The commercial sector clocked in S$3.0 billion of sales, with the industrial sector next at S$1.1 billion, followed by the residential sector at S$0.7 billion.

The newest mall completions in Q4 exhibit a continuing trend in core submarket urban renewal and suburban community shopping mall development. Several of the new projects have supported the regional expansion of a number of brands, including online celebrity-endorsed brands. Driven by smart technologies, the Alibaba-driven New Retail trend and the sharing economy are also becoming more closely integrated within the retail sector. Smart stores and unmanned stores have gradually become accessible to consumers.

In Taipei City, the market is set to add a total of 26,000 ping of new retail supply in 2019. With Taiwan expected to see increased trading and manufacturing activity in the coming months and years, investment into the industrial sector is expected to remain robust.

The average price of residential space experienced a sharp increase, up 20.1% Q-o-Q and 31.8% year-on-year (Y-o-Y), reaching around VND42.4 million/sq.m in Q4 2018. The increase was mainly due to the extremely high selling prices from new Grade A projects with large supply.

As foreign coffee and dessert brands continue to enter Korea, Blue Bottle Coffee, known as “the Apple of the coffee industry”, will be the latest to sell its signature brews on the peninsula. Cushman & Wakefield Korea was selected as its exclusive agent for the Korean market. Seongsu-dong was selected as its first store location. The flagship store is expected to open by April 2019.

The number of newly launched condominiums and under construction projects declined by 1.4% and 1.8% respectively since the third quarter of 2018, as developers deferred project launches to 2019. The Serviced Apartment sub-sector experienced a 0.7% occupancy decrease from that in the last quarter, to 76.5%, due to a decrease in demand from short-stay tenants during the holiday season in this quarter.