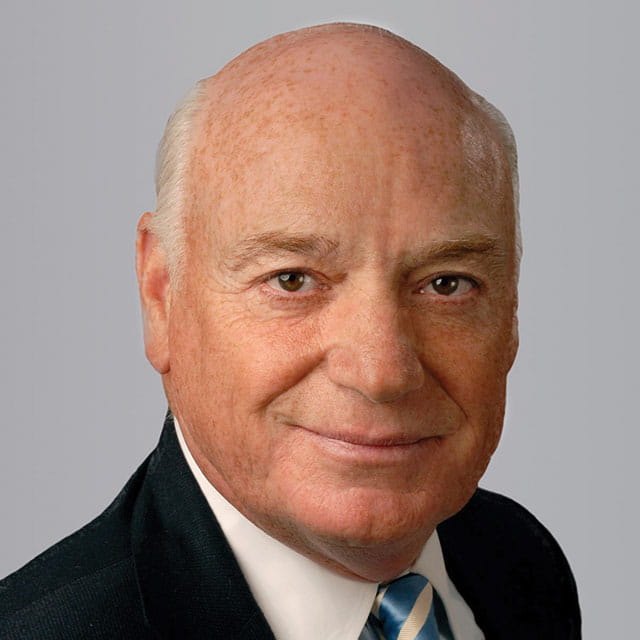 John has worked with Cushman & Wakefield for 47 years – the first 30 years spent in the downtown office of Cushman & Wakefield where he was the leading broker for 20 consecutive years. During his tenure, John has made numerous contributions to the Cushman & Wakefield organization by serving on the Board of Directors, the Executive Committee, Global Management Team and the Compensation Committee.  He also founded and chaired the Brokerage Advisory Committee.

John has been engaged as both broker and consultant by many of the world’s leading corporations, financial institutions and property owners.  John has been personally responsible for sales and leases in excess of 40 million square feet and is one of the most successful tenant representation professionals in the country.

John has consistently been among the top five producing brokers within Cushman & Wakefield Worldwide over the past 30 years and is recognized as one of the top real estate professionals in the country. He was the recipient of Cushman & Wakefield’s Worldwide Top Overall Producer Award in 2002, 2003, 2005 and 2011, Most Ingenious Deal of the Year in 2003 and 2006 and Deal of the Year in 2001 and 2006.

In 2018, John was inducted into the Cushman & Wakefield Hall of Fame.

John and his team concluded the highest-profile and largest lease in Manhattan in 2006 – the 600,000-square-foot Moody’s corporate headquarters relocation to Seven World Trade Center. John also led the three-member Cushman & Wakefield team that negotiated the largest lease/equity transaction in the City of New York in 2001 – the 1.2 million-square-foot CIBC World Markets lease at 300 Madison Avenue.

In 2010, John and his team negotiated the relocation of Deloitte’s headquarters from Downtown Manhattan to 30 Rockefeller Center for 460,000 square feet, and in 2011, he negotiated the largest deal in Midtown Manhattan for Nomura Holding America Inc., at Worldwide Plaza for 900,000 square feet. In 2013-2014, John led the lease-up of such trophy assets as 1221 Avenue of the Americas, 199 Water Street and 101 Park Avenue.

Bachelor of Science degree from Wilkes University, where he served as a member of its Board of Trustees

Member of Real Estate Board of New York (REBNY)

Pre-COVID-19, the self-storage market was on an upward trajectory. Construction spending had slowed down, facilities were leasing up, and demand for self-storage product was strong.
Mike Mele • 6/16/2020

Cushman & Wakefield Tapped to Sell 37,856-Buildable-Square-Foot Site in the Bronx