Consumption is a major driving force for any city’s economy, and Shanghai is no exception. Shanghai has always placed great importance on stabilising and expanding resident-led consumption. One recent example of this is the city’s ‘Three-Year Action Plan (2018-2020)’, which was launched in April 2018. The goal of the action plan was invigorating the ‘Shanghai Shopping’ brand and accelerating the creation and the further solidification of Shanghai as an important consumption destination from an international perspective. 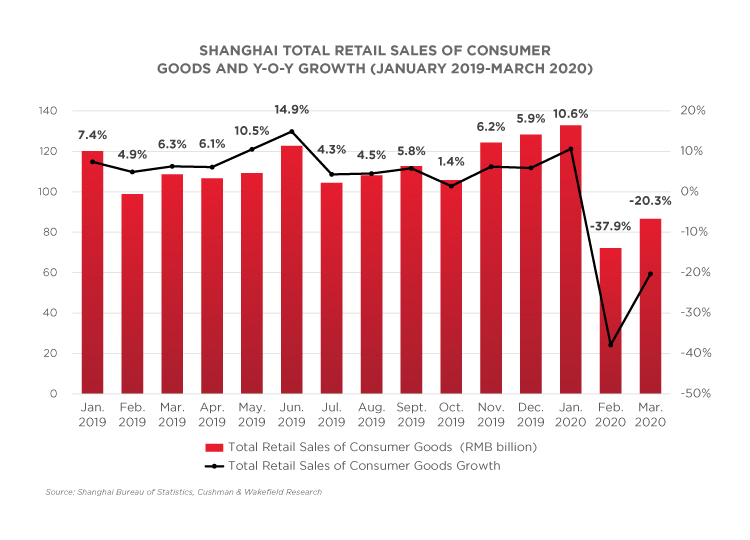 With the spread of the epidemic controlled in late February and into early March, citizens in Shanghai were able to return to work and venture out more to shop. Subsequently, in March, the city's total retail sales of consumer goods decreased at a slower y-o-y rate of 20.3%, up 17.6 percentage points from the February figure.

To further improve the performance of total retail sales of consumer goods in Shanghai, and in turn, the city’s overall economy, stimulating consumption will be key. Consumption is now recognised as a major economic driver not just in Shanghai but for the economy in China as a whole. According to the National Bureau of Statistics, in 2019 consumption contributed 57.8% to Chinese GDP growth. 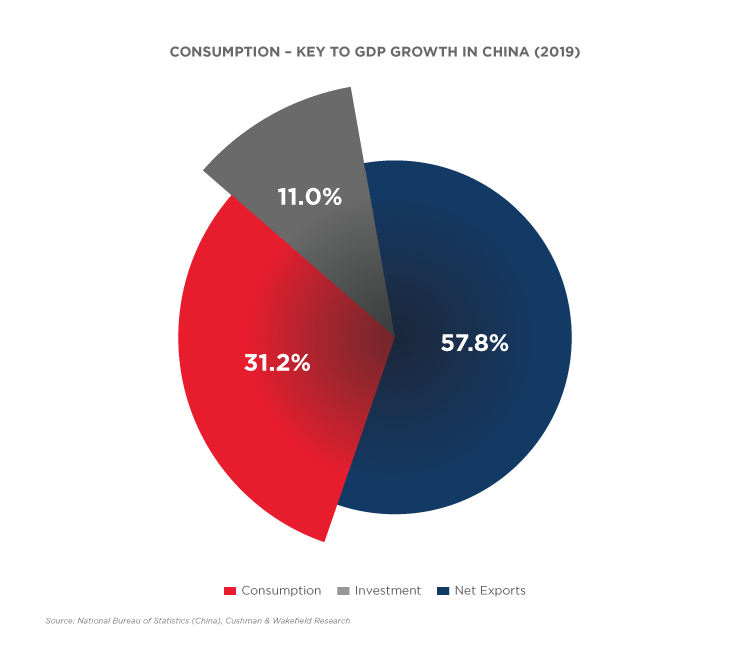 In Q1, most shopping centre landlords started to compress their rental expectations to achieve a stable occupancy rate. Many landlords, in partnership with their tenants, announced either a reduction in rent or the offer of a one month rent-free period to combat and mitigate the harsh COVID-19-influenced business conditions.  The overall vacancy for mid-end to prime shopping centres in Shanghai’s primary hub areas rose slightly to 8.8%, up 0.4 percentage points quarter-on-quarter (q-o-q). Meanwhile, average first floor rent in mid-end to prime shopping centres in the same areas dropped by approximately 1.8% q-o-q to RMB 885.5 per sq m per month.

On 13 March, the National Development and Reform Commission issued the ‘Implementation Guidelines on Promoting Consumption Expansion to Accelerate the Strong Consumption Market’. Local governments are expected to spend nearly RMB 5 billion to stimulate consumption and to revive the general economy. With its recent launch of the ‘May 5th Shopping Festival’, Shanghai is now driving this initiative forward.

Launched on 05/05, the ‘May 5th Shopping Festival’ was designed to be a major catalyst for retail consumption by bringing together the key components of the ‘Shanghai Shopping’ brand—the recently issued 12 retail consumption policy measures, local retail platforms, retail merchants, retail goods, products and services and the city’s consumer population—all ‘under one roof’ to provide a massive boost to consumer spending, and in turn, to revive and return the city’s overall economy to a more normal footing.

Early signs point to the event being a huge success. According to reports, RMB 15.68 billion yuan (USD 2.22 billion) was spent by consumers in just 24 hours, with sales expected to stretch on for a two-month period.

Among other things, we expect the "May 5th Shopping Festival" to have a residual effect.  Not only do we expect it to further drive online sales but it will reinforce the importance that international retailers place on Shanghai.

Further, with consumers in Shanghai encouraged to spend, we forecast retail foot traffic to increase over the next several months compared to the first four months of 2020.  And with that increased footfall traffic, we anticipate retail sales to grow in prime centres as well.

So even though significant new prime shopping supply is expected to be completed in Shanghai by year end, because of directives like the May 5th Shopping Festival, vacancy and rents at prime shopping centres throughout the city should stabilize for a least the next 12 months.

We look forward to connecting with you.
Contact us today 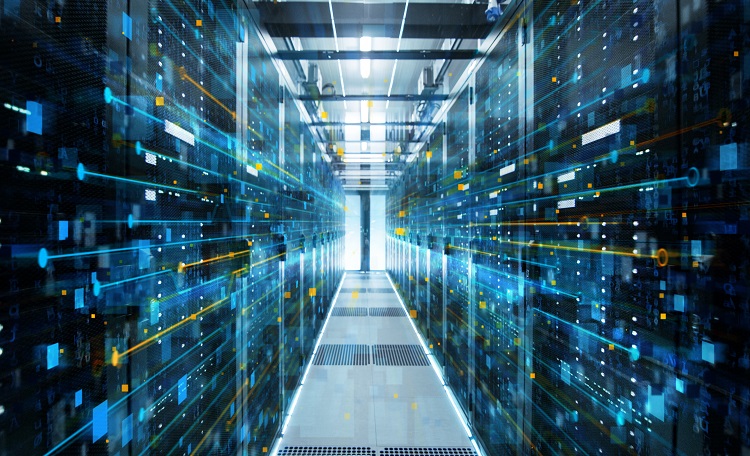 In China, given the proliferation of the mobile connectivity, the internet of things (IoT), the cloud, mobile devices, big data, virtual reality (VR), artificial intelligence (AI) and other emerging technologies, the Internet Data Centre (IDC) market in the country has steadily grown over recent years.
Shaun Brodie • 4/22/2020 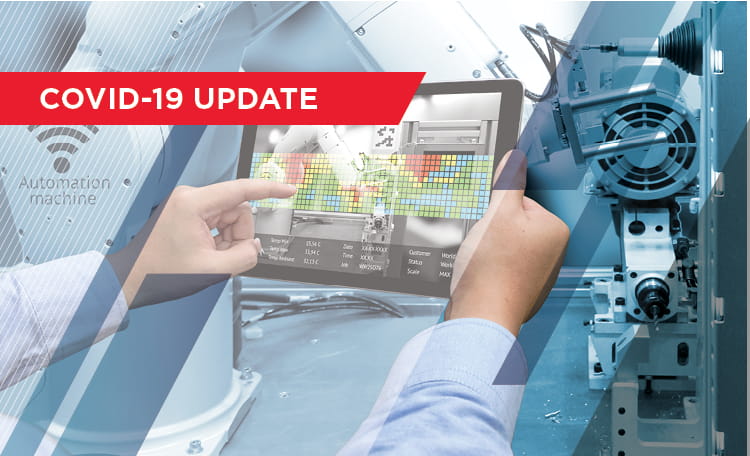 Looking Beyond COVID-19: Going for Industry 4.0 in China

With temporary production stoppages and longer lead times to receive essential raw materials and parts, manufacturing performance in China over the outbreak period has taken a hit.
Shaun Brodie • 4/2/2020

As the Greater China region enters a recovery phase following months of COVID-19 turmoil, we’re bringing you insights on how occupiers and investors are together trying to discover what business as usual now looks like.
3/16/2020