Much of the analysis regarding the coronavirus impact has understandably been focused on the negative impact of the outbreak and downside scenarios. The situation is fluid, there remain many unknowns and we continue to monitor and model the increasing downside risks.

However, to inject a little bit of optimism and to help provide perspective on commercial real estate, we offer five “glass half full” observations:

#1. Commercial real estate (CRE) is not immune to the coronavirus impact, but it is more resilient

The property markets enter 2020 on solid footing. Regional variations aside, occupancy levels were high and healthy, rents were growing, property values were growing, fundamentals were strong. Given that most CRE metrics are reported quarterly, there isn’t a lot of data to gauge the impact of COVID-19 on property markets yet. But it is worth pointing out that the CRE is not the stock market. The leasing fundamentals are slower moving and do not shift wildly based on day-to-day stock price movements. There have been five stock market corrections (S&P 500 down 10% or more) in the current U.S. economic expansion before the current one and none of them materially altered the path of the property markets fundamentals. Clearly certain property types are more exposed than others. The retail and hotel sectors are most obviously threatened due to the immediate drop off in travel and consumer behavior, but the other property types such as office, industrial and multifamily – longer leases preserve true value - which will cushion the blow and help bridge to a better day.

#2. Falling oil prices are a mixed bag for CRE, but not all bad

Oil prices have been falling since the beginning of the year, a decline that has accelerated since mid-February. The West Texas Intermediate, the U.S. oil benchmark, has dropped from $63 per barrel in late December to ~$30 per barrel (first week in March 2020). Saudi Arabia and Russia were not able to reach an agreement to cut oil production. In fact, Saudi Arabia has signaled it will increase oil production, which sent oil prices down sharply. Falling oil prices create economic pain in oil-producing nations and cities, and create other headwinds as well, but they are typically a net positive for the global economy, as it leads to cheaper prices at the pump. For example, in the mid-1980s, when oil prices plunged, U.S. real GDP grew by ~4% per annum. In 2015, the last oil price correction, U.S. GDP grew by 2.9%. Given the multipliers, these periods of low oil prices are also highly correlated with robust years for property. In the near-term, COVID-19 is keeping people at home, so we don’t expect the fall in gas prices to yield the same pop in consumer spending, but it does create a robust scenario down the road as the virus fades in the rearview mirror and pent up demand is unleashed.

If the impact of COVID-19 is ultimately a short-term shock, which is the consensus right now, meaning a first-half 2020 event followed by a rebound, then just consider the gusts of wind forming behind property. The 10-year Treasury yield – the most important benchmark for gauging property values– has fallen below 1.0% for the first time in history, a record low. Cap rates generally follow Treasuries, and when cap rates go down, CRE values go up. Pure math. Moreover, the cost of capital is cheaper than ever, leveraged returns are now the best in 20+ years, and based on the data that we do have in the first two of months of the year, we still have strong underlying economic fundamentals, with more fiscal and monetary stimulus likely to be injected. If COVID-19 falls back this summer, which is what many say is the most probable scenario, then the CRE sector is primed to take off.

#4. Not overbuilding, which makes for a faster return to normalcy

The CRE sector typically overbuilds late in the cycle. This often leads to a slow, lagging recovery, where it takes property a lot longer to catch up to everything else and get back to normal. That has not been the case in the current cycle. Since the Great Recession, developers and lenders have been far more disciplined with construction projects in a majority of cities. In the office sector, for example, the current nominal supply pipeline in the U.S. is 50% lower than the late-cycle building that occurred in the 1990’s and more than 15% lower than the 2004-2007 cycle. Obviously certain markets are over doing it, but those are one-offs. Nationally, supply and demand fundamentals are in excellent shape going into this. So if the coronavirus were to ultimately trigger an economic recession, the property markets are poised to rebound much quicker.

In the most recent report from the Bureau of Labor Statistics (BLS), the U.S. economy created 273,000 jobs. Unemployment remained at a 50-year low. Granted, this is a backward-looking measure, but it is in fact the most recent data point on job growth in the U.S.

What to watch: Jobless claims and unemployment.

If the U.S. economy was truly in trouble, it would likely show up in the jobless claims data first, which is released every Thursday. We would see an increase in the number of people applying for unemployment benefits. The COVID-19 outbreak doesn’t appear to be impacting the labor markets yet. In fact, in the most recent reading — the week ending March 7, 2020 — jobless claims fell by 4,000 to 211,000. Jobless claims are currently at a 50-year low. Unemployment is another measure to watch. A rise in the unemployment rate could lead to more pessimism about the economy and to a self-fulfilling prophecy. But, if the claims and unemployment data remain near current levels, that will be a very strong positive sign. 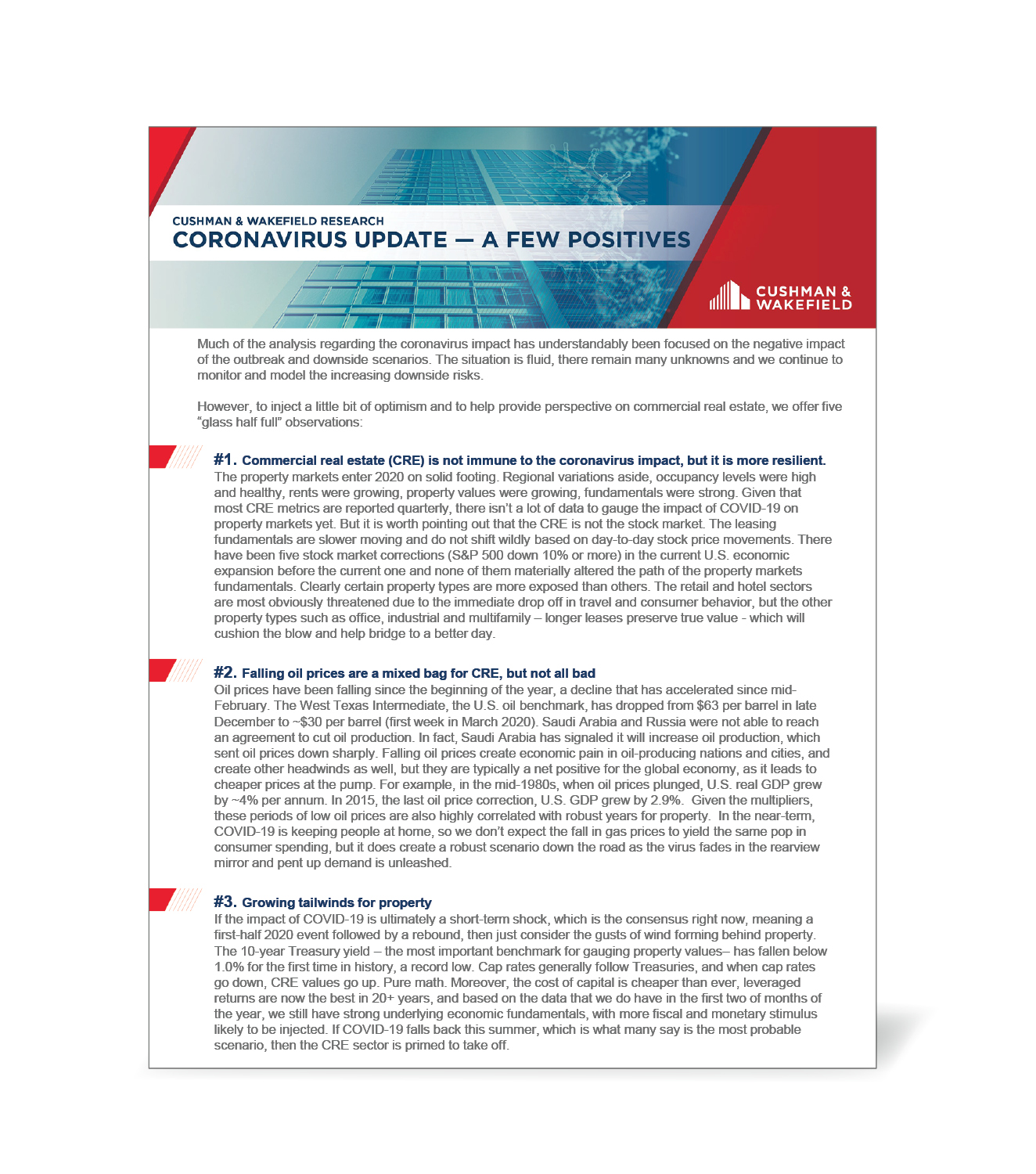 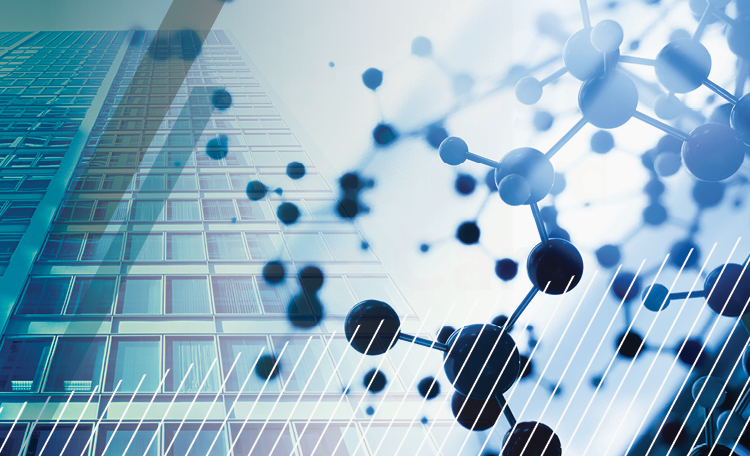 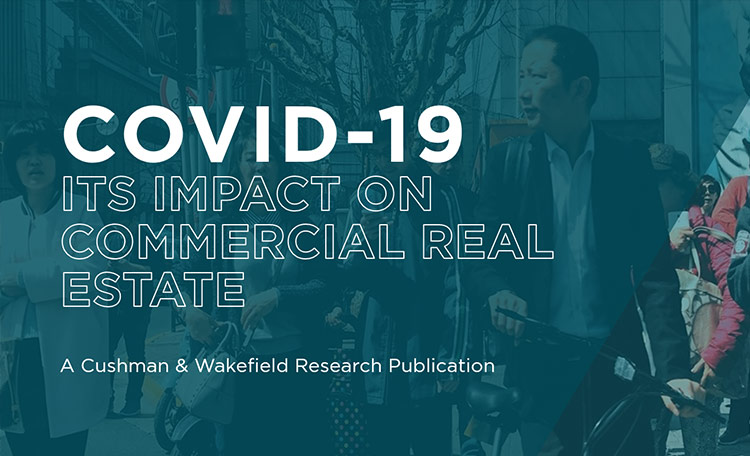 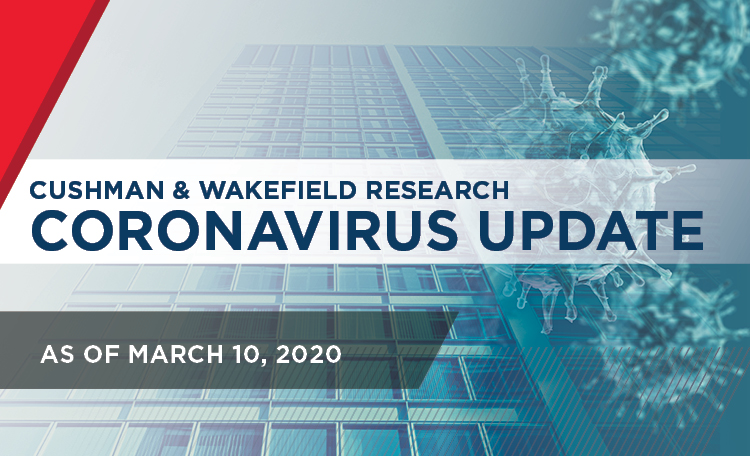 As the number of coronavirus diagnoses and their potential impact on the global economy continues to increase, we will provide frequent updates on the latest developments.
Kevin Thorpe • 3/10/2020