The Port of NY/NJ has recorded substantial surges in cargo volume handled as national and local economies recover from the pandemic. Will the delta variant temper this trend?

The Port of NY/NJ has consistently been the busiest port on the East Coast, serving as its key gateway port. With six container terminals and multiple cargo rail lines, the Port of NY/NJ services one of the wealthiest and most dense consumer markets in the world. The New York Metro region is home to more than 19.5 million people with an average household income of more than $118,000. The Port can serve over 46.0 million people within a four-hour drive time. Rail lines from the Port can also reach the Midwest, Canada, and greater Boston.

As the national and local economies continued to recover amid the backdrop of the ongoing pandemic, the Port of NY/NJ recorded substantial surges in cargo volume handled, despite experiencing ongoing delays at the ports. Year-over-year, there was a 30.6% increase in TEUs handled at the Port of NY/NJ with almost 4.4 million handled in total, third best in the nation. Meanwhile, import volume rose by 31.2% through midyear as the Port of NY/NJ was one of just three ports which exceeded 2.0 million TEUs of inbound cargo. Trans-Atlantic trade continued to help bolster volume totals at the Port of NY/NJ this year as it remained the top North American destination for goods from Europe, representing 30.5% of the total port market share for inbound cargo from the region. Furthermore, rail volume at the Port has risen 10.0% in the last year.

Looking forward in the second half of 2021 the Port of NY/NJ could begin to record tempered monthly import totals due to the growing delta variant risk, specifically in China, which has caused some port shutdowns already. Meanwhile, delays at the Port of NY/NJ will likely persist as the shortage of chassis have already added to congestion issues.

Amid the backdrop of serving as the key East Coast port for imports, the surrounding submarket—the Greater Port Region, which runs from Exit 12 on the New Jersey Turnpike north through Exit 15E—has recorded robust market fundamentals over the last six years. Vacancy reached a new historical low of 1.9% at midyear 2021, down 40 basis points since 2020, while overall net absorption registered over 850,000 sf during the last six months. Robust demand for Class A logistics space persisted in recent years as 3PL and logistics companies and e-commerce users accounted for most of the deal volume, specifically within new construction. Lastly, the asking rental rate climbed to a new high at the close of the second quarter; $11.04 per square foot—a 42.6% increase over the last three years and among the highest in the region. 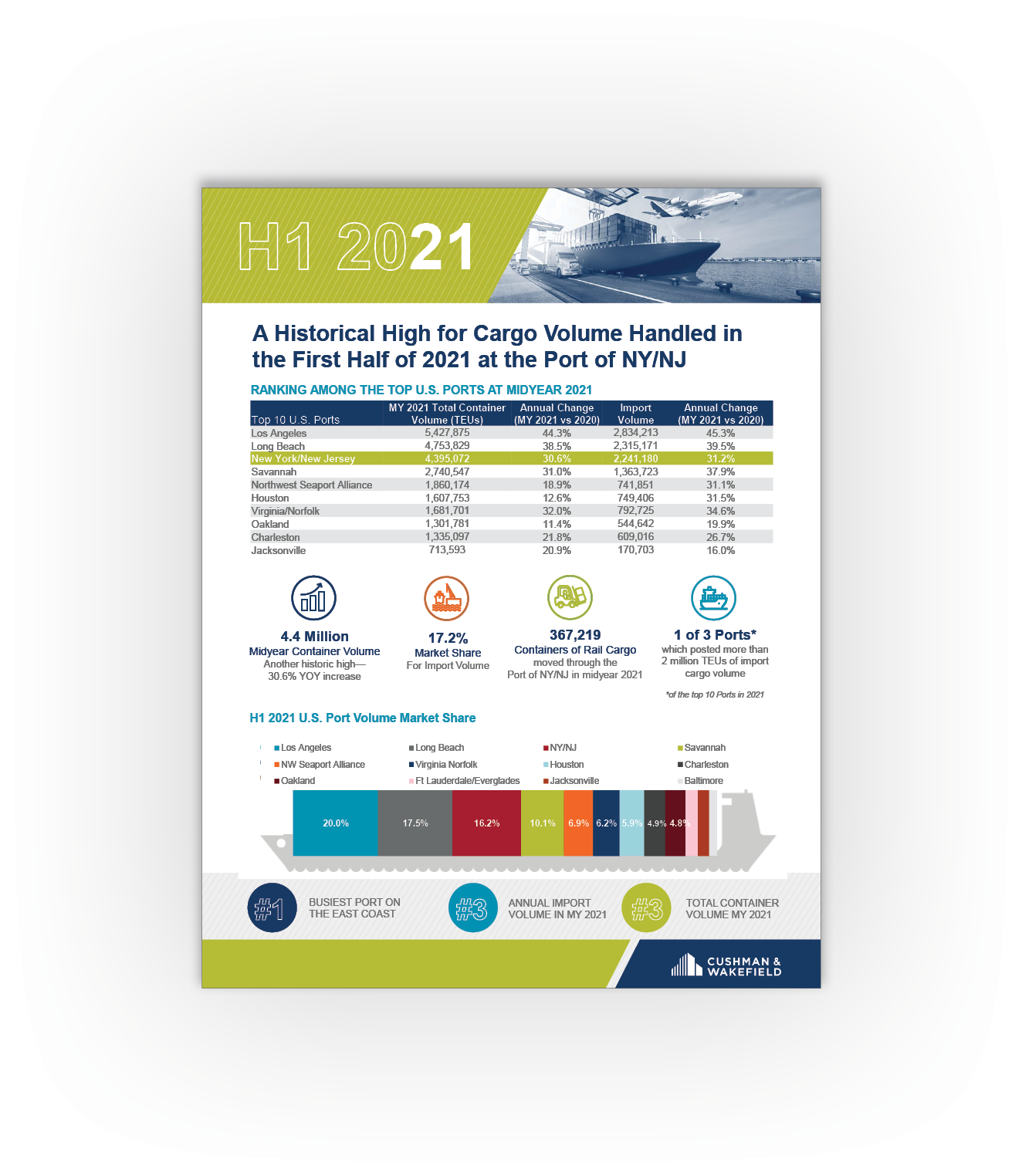 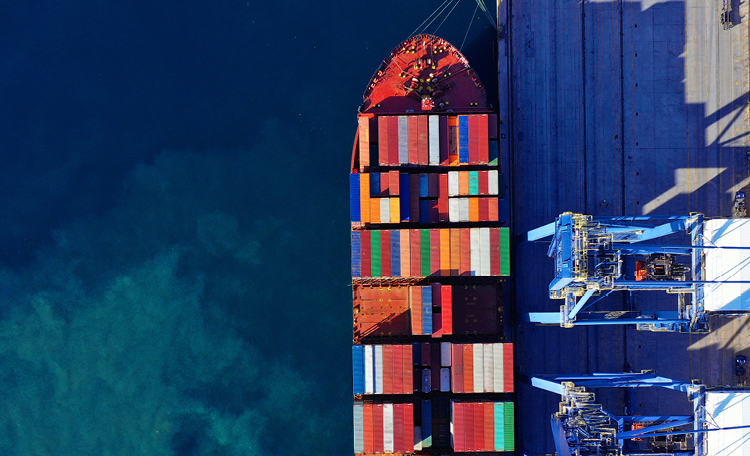 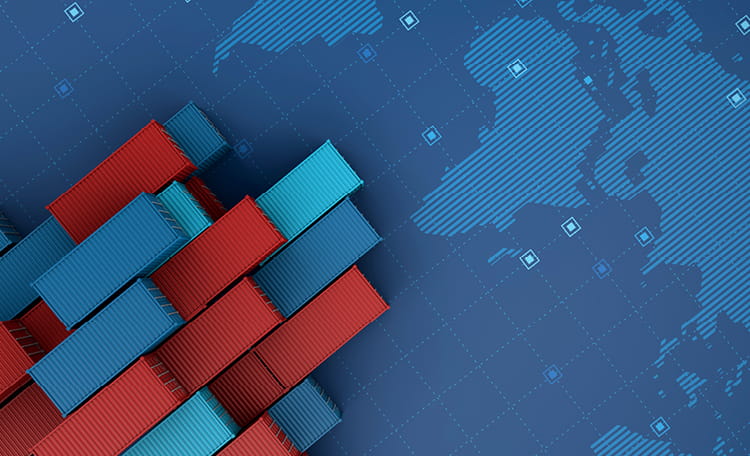 In this report, we consider some of the key drivers affecting the global logistics market, examine recent market performance, and provide an outlook for the sector in the years to come.
Dr. Dominic Brown • 5/17/2021