Tony was commissioned as a Second Lieutenant in the Army Infantry and progressed through the ranks to retire as a Major. He was originally stationed at Fort Benning, Georgia, with the 3rd Battalion 75th Ranger Regiment and ended his Military career at Fort Richardson, Alaska, where he was part of the 501st Airborne Infantry Regiment. 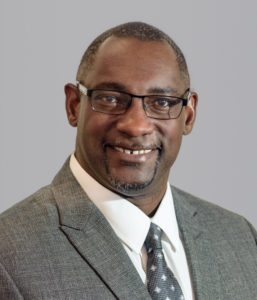 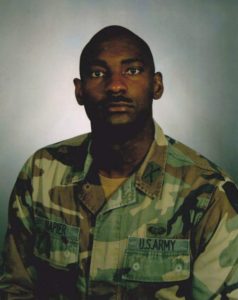 WHEN IT COMES TO SERVICE, THERE’S NO SUCH THING AS RETIREMENT

I consider my 21 years serving in the U.S. Army extremely valuable. The lessons and skills I learned while serving helped me become the man I am today, in a professional sense and as a husband, neighbor and friend.

Transitioning back to civilian life after serving in the military is a challenge for everyone. I consider myself very fortunate to have been able to build my post-military career in the Human Resources field, and I owe the Army a great deal of credit for that. My time in the military gave me the interpersonal, listening and negotiation skills I’ve needed to be successful in a civilian career. But I know I am privileged in that regard and that not everyone has the same fortune. For this reason, I strive to give back. It’s one of the Army’s mottos to “leave no man behind,” and I believe that continues to ring true even after you’re no longer an active member of the military.

One of the organizations I volunteer with in my community works with a local soup kitchen, where many of those we serve are veterans. I know that with one bad stroke of luck, I too could have found myself on the receiving end in need of a meal, so I serve those who come in with honor and dignity. When it comes to helping others, you’re never really “retired” from the Army.

I’ve also had the honor of serving on Cushman & Wakefield’s veterans recruitment committee, a national effort focused on helping U.S. veterans find rewarding work directly related to their specific skills and talents. I can say that I am truly proud to work for a company that provides great opportunities for men and women who have served our country.