According to Cushman & Wakefield’s research, the New Jersey industrial market shows no signs of slowing down at mid-year 2019, as large deals continue to drive demand.

With vacancy at a record low of 3.3% and asking rents at historical highs at $9.27 per square foot, industrial remains robust as we enter into the second half of 2019. A major influencer to the sustained growth of the market is the continuous increase in online sales and the high demands for speedy delivery.

Cushman & Wakefield tracked more than 15.1 million square feet in new industrial transactions during the first half of 2019, a 27.9% year-over-year increase. There were eight leases signed greater than 300,000 square feet, the largest being a 593,720 square foot lease at 117 Interstate Boulevard in South Brunswick, NJ by a confidential tenant. Additionally, there was the 444,940-square-foot lease by Performance Team for newly built space at 3 Brick Yard Road in Cranbury, and CEVA Logistics committed to 338,954 square feet at 152 Route 206 in Hillsborough, NJ. 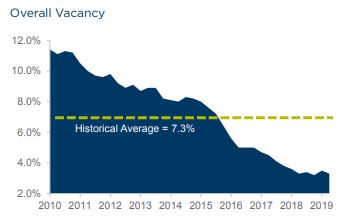 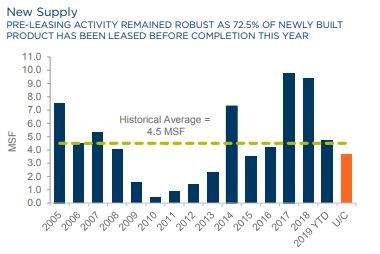 New construction deliveries continue at a modest rate, with 1.8 million square feet completed during the past three months for a year-to-date total of 4.7 million square feet. Of the square footage delivered thus far in 2019, 72.5% was pre-leased, with a handful of other warehouses leased in full a few months after delivery. An additional 3.6 million square feet of industrial product remains under construction, 46.8% of which has already been committed to by tenants. That being said, we expect vacancy for the New Jersey industrial market will remain near historically low levels despite some large speculative deliveries anticipated later this year. Overall, the industrial market in New Jersey evidently remains robust as expected and we anticipate continued growth and a solid second half of 2019. 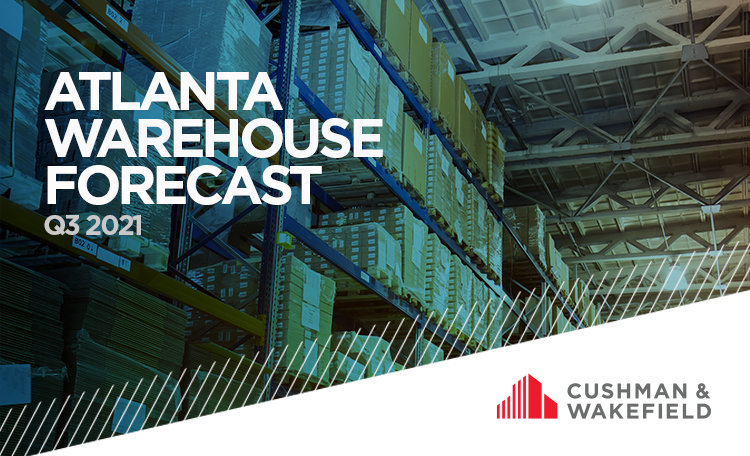