In China, given the proliferation of the mobile connectivity, the internet of things (IoT), the cloud, mobile devices, big data, virtual reality (VR), artificial intelligence (AI) and other emerging technologies, the Internet Data Centre (IDC) market in the country has steadily grown over recent years. According to the ‘2019-2020 China Internet Data Centre Industry Development Research Report’ recently released by Kezhi Consulting, the scale of China's IDC business market reached RMB 156.25 billion in 2019, an increase of 27.2% year-on-year (y-o-y) – equating, in total value terms, to a rise of RMB 30 billion on 2018. 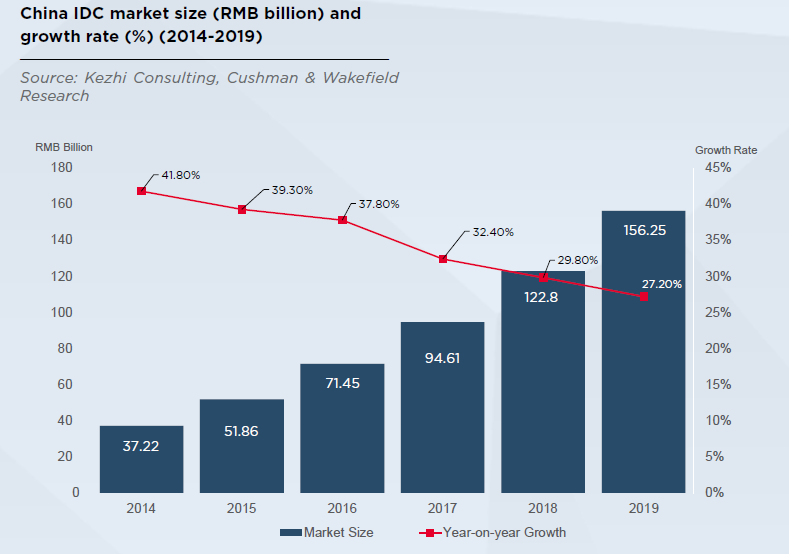 When considering hyperscale IDCs, (facilities owned and operated by the companies they support, which provide robust, scalable applications and storage portfolio of services to individuals or businesses), China currently ranks number two behind the U.S., with a 10% share of the number of these centres globally according to Synergy Research Group. 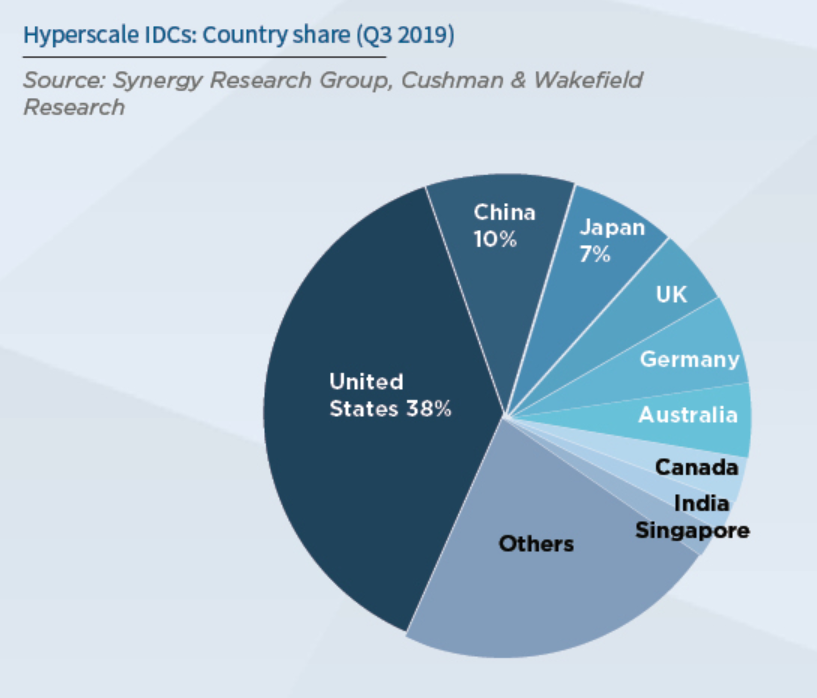 From a provincial perspective, according to the Qianzhan Institute of Industrial Research, in 2018, Guangdong had the highest share of large-scale IDCs in China, commanding 20.8% of the market. Guangdong was followed by Shanghai and Beijing, which had total market shares of 12.8 % and 9.6%, respectively in 2018. In all three locations, IDC rental prices are also some of the highest in China. 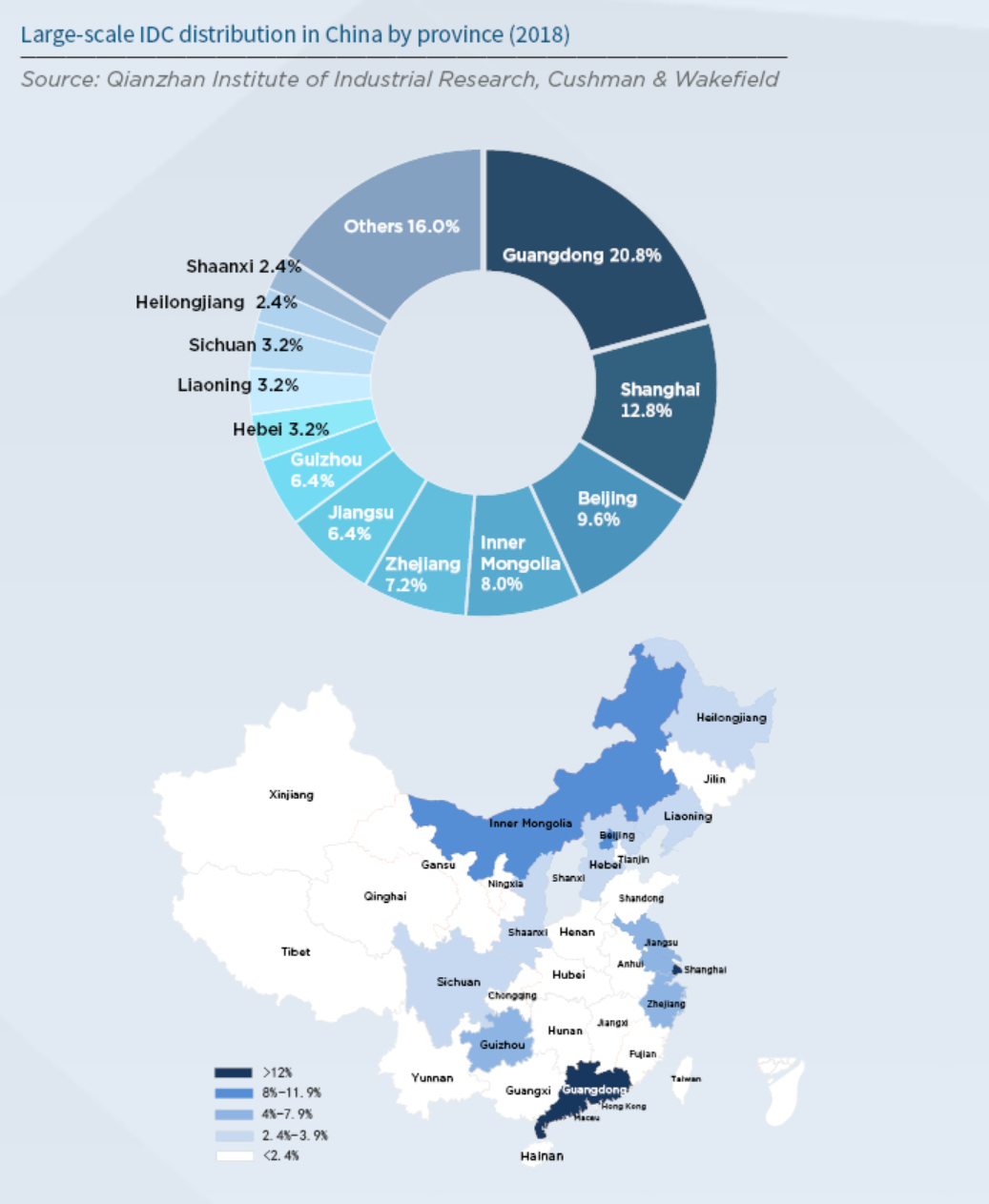 Tech giants clearly recognise the current and future IDC market growth in China. IDC rack space demand has been increasing considerably in the country for some time and it is the Cloud sector which is now drawing much attention. Additionally, much demand has also been generated from Internet companies and application developers, such as e-commerce players, multimedia content providers, digital payment companies and location-based service application developers.

Growth in the shadow of COVID-19

At the beginning of the COVID-19 outbreak in China and during the home confinement period, the Internet was used to a greater degree than before. Millions of people in the country worked from home, conducted meetings, training sessions and webinars online. They ordered goods, products and services online and in their leisure time, played online games and/or watched films online. What’s more, children were not able to physically attend school. As a result, millions of students were schooled online. All of this activity generated a huge amount of online traffic data and information, which needed to be collected, processed, stored and distributed. Subsequently, IDC data and information collection, processing, storage and distribution demand in China saw a surge in recent weeks. 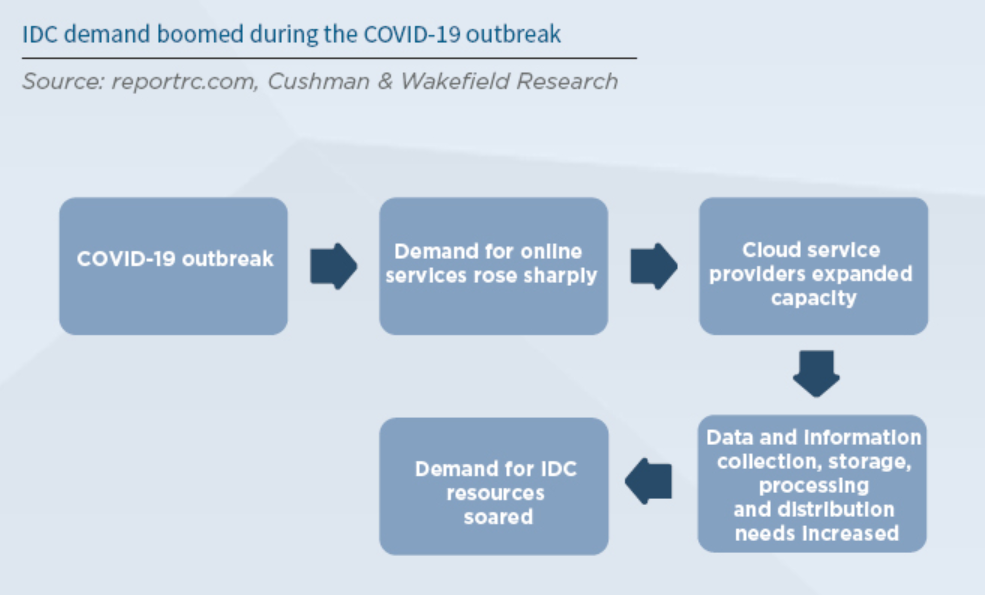 Ahead, and spurred on by the impact of the COVID-19 outbreak on the Internet activity rate in China, as well as the accelerated development of the Cloud, Big Data, the IoT, VR, AI and the utilisation of 5G in the country in the near future, there will be a greater need for data and information processing racks in IDCs in China. As the number of IDCs in the country grow and the number of racks increase, according to Kezhi Consulting, by the end of 2022, the IDC market in China is expected to reach a value in the order of RMB 320 billion plus. 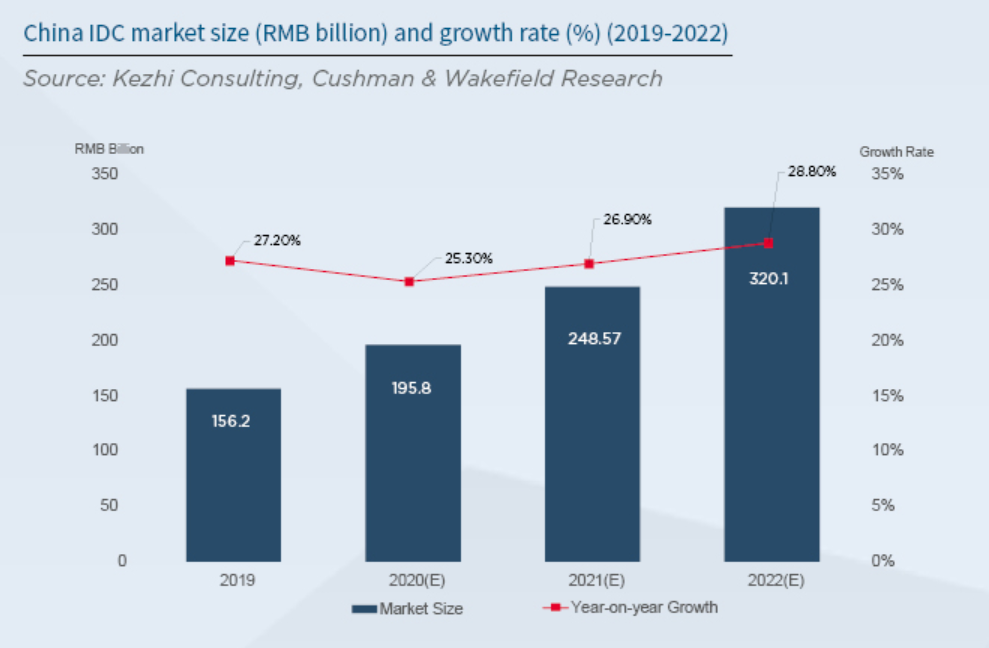 Finally, backed by China’s ‘new infrastructure’ investment plan and by the technology and the network infrastructure, future IDC market demand in China is expected to grow. Much of this future demand will be largely driven by the infrastructure as a service (IaaS) Cloud service market and by Internet companies and application developers. Moving forward, given the expected increase in volume of received, processed and distributed data, these groups will need even more robust infrastructure support, data storage capacity and data processing power. With this in mind, as rack space capacity further expands, the IDC industry in China looks set to benefit from greater business opportunity volume in the future. 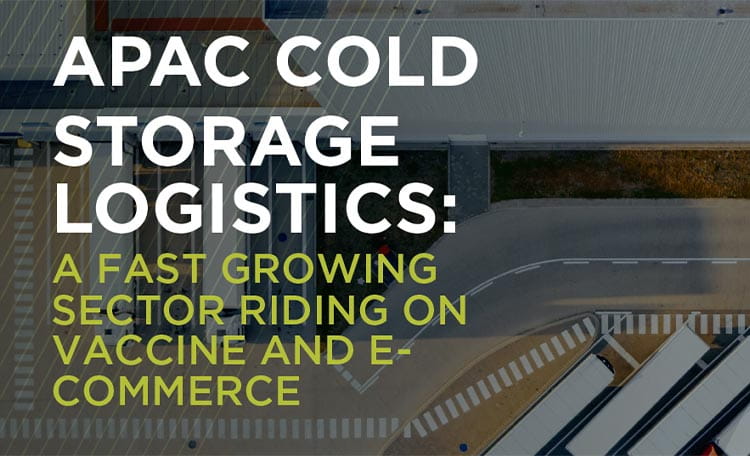 Cold storage logistics is a sector that has gained traction in recent months. In this report we analyse the key factors driving the demand for cold storage in Asia Pacific and the opportunities for investments in this sector.
Shaun Brodie • 12/9/2020 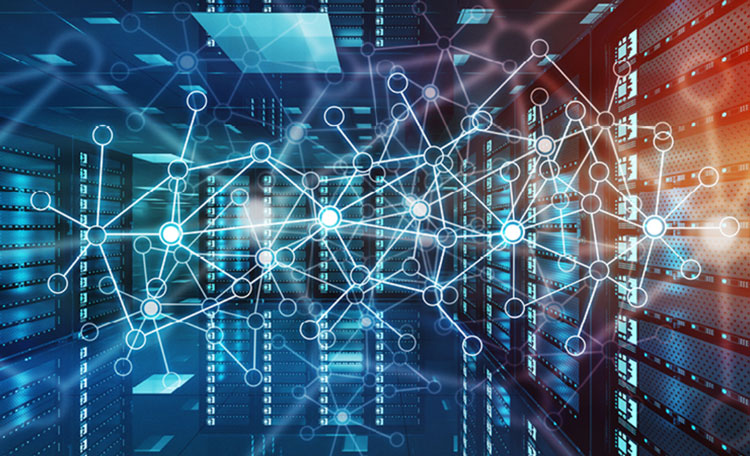 The advent of 5G and the shift to remote working have created a remarkable, urgent appetite for data centres across the Asia Pacific region. In our latest series of market reports we’ve looked at four key locations and the unique dynamics of their data centre markets.
Kevin Imboden • 11/18/2020