The industrial market ended 2020 with elevated fundamentals based on systemic changes in demand from traditional users. Increased need from e-commerce companies and retailers to setup home delivery options as well as last mile facilities led to a dramatic rise in new construction in Florida markets. The confidence by builders allowed construction completions for the year to reach historic levels in several markets.

In the back half of 2020, several large-scale speculative construction projects or expansions at existing industrial parks were announced in multiple markets. In several cases, developers moved ahead with entitlements hoping to land a sizeable build-to-suit for a new-to-market or expanding tenant.

The pace of long-term demand could moderate in 2021 as some developers get ahead of tenants signing for space which would slow down deliveries in the short term. 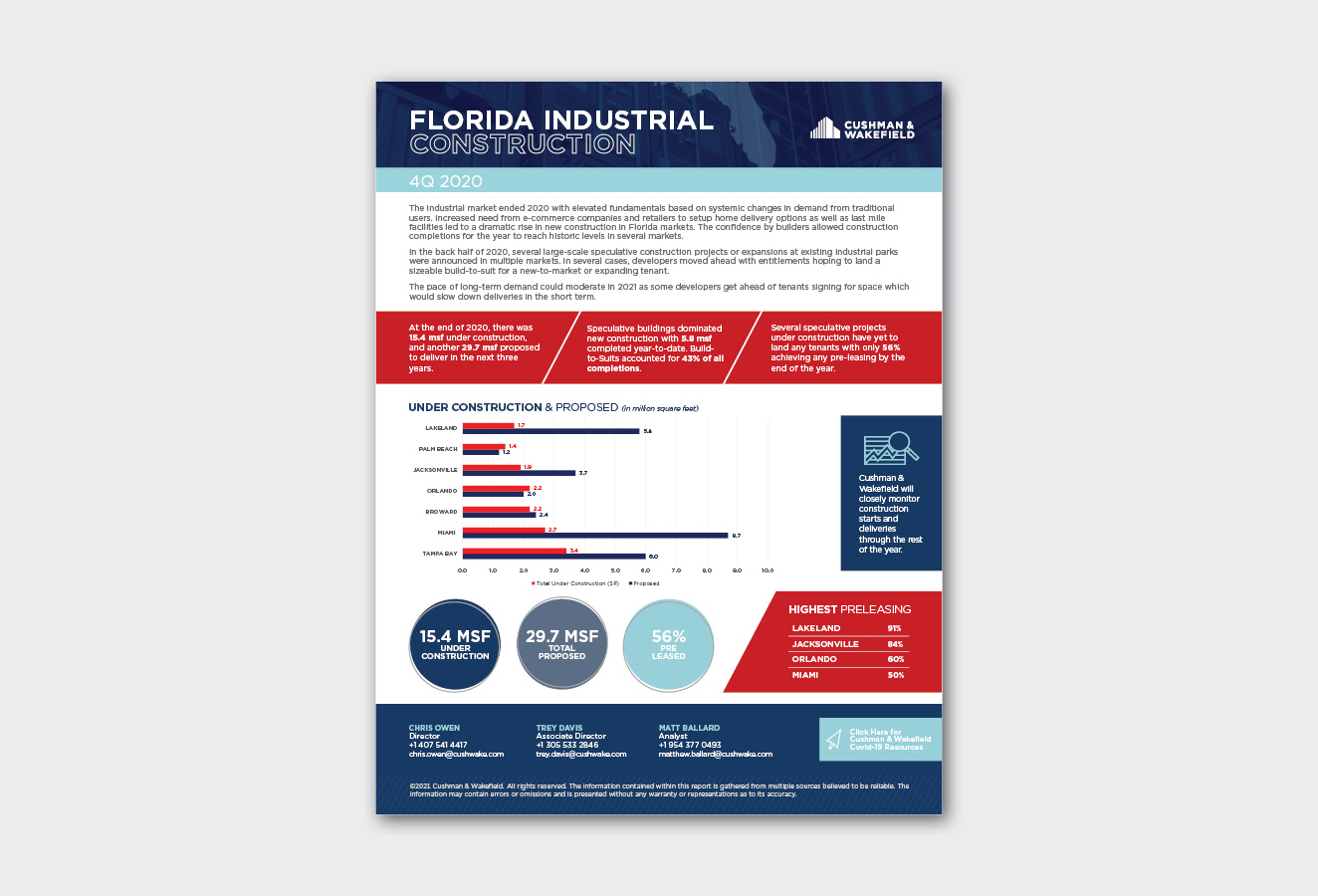