What began as a trend that was largely relegated to just a few markets has since exploded.

When Cushman & Wakefield first reported on the food hall movement, the concept was still in its relative infancy. Food halls were largely divided into two basic camps; larger projects—often in historic, transit-oriented locales or smaller, mostly chef-driven concepts—almost all of which were located in Manhattan and just a handful of other American cities. But what began as a trend that was largely relegated to just a few markets has since exploded.

Just as consumer behavior, eCommerce and bricks-and-mortar retail are evolving at a breakneck pace, so too is the food hall movement. In this report, Food Halls 3.0: The Evolution Continues, we explore the most noteworthy trends in food hall development including expansion into different types of CRE, the impact of branding, space design, integrating entertainment elements and much more.

Download the report directly from this web page and read why Globe Street has declared 2019 as “The Year of the Food Hall.” 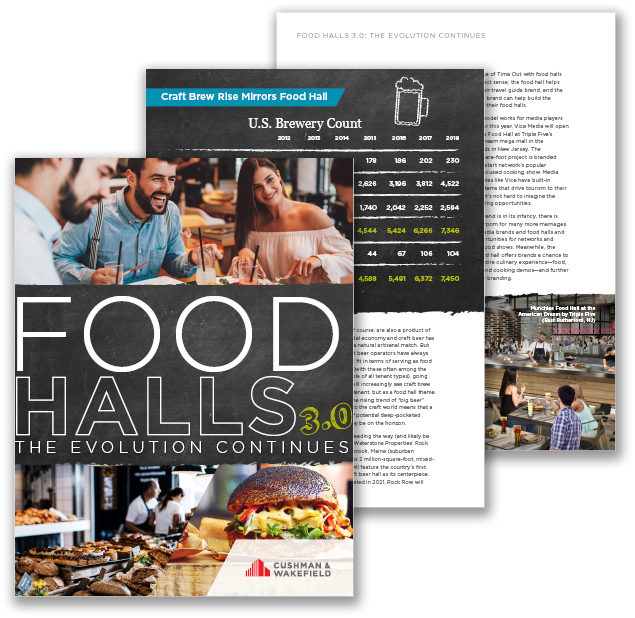 Where do ugly sweaters come from? How are they delivered to your doorstep?
Tray Anderson

2019 was the year that the pop-up store "popped out." Digital natives going bricks-and-mortar; an explosion of local entrepreneurism; the rise of upstart brands; a new launching pad for global retailers, and so much more.
12/10/2019