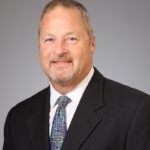 Officer of Deck during combat operations in Grenada and Beirut, USS Independence (CV-62)

THE LEGACY OF LESSONS I LEARNED THROUGH THE NAVY 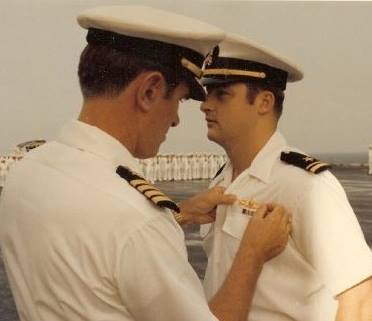 In 1977, I was a high school senior preparing to enter the Navy. Though I was only 18 at the time, joining the Navy was not a monumental decision for me – it was simply our family business. That summer, I followed in my father’s footsteps and was inducted at the United States Naval Academy in Annapolis, MD. After four years of training and education, I graduated in 1981 and served on active duty for the next eight years. My assignments took me on three Mediterranean deployments, combat operations in Grenada and Beirut, and operations in the Caribbean Sea and above the Arctic circle. I had the distinct honor of leading men and women in departments ranging in size from three financial analysts to as large as 65 boiler technicians. I stood in line to donate blood to injured Marines that had been evacuated from combat zones, and I watched the anguish of a commanding officer that had called off a search for a shipmate lost overboard. As an admiral’s aide, I also had the heart-wrenching honor of representing our nation at two military funerals for sailors killed in action. The twin pillars of service and sacrifice cannot be erased from my mind or my heart.

My fellow veterans know that the legacy of lessons learned in duty is deep and everlasting. Over more than a decade of training and service, I transitioned from an idealistic teenager to a naval officer that had experienced more mourning, sacrifice, joy, and support than I could’ve imagined at age 18. During those years, I grew up.

Although I left the Navy in 1989, the stream of memories I hold, many of which live as mementos in a box in my basement, still make me feel as proud and humbled as the day I hung up my uniform for the last time. Just as I am a husband, a father, a delightfully delirious grandfather, a commercial real estate professional, and a cancer survivor, being a veteran is part of who I am. And it impacts the decisions I make on a daily basis. Although the ramifications are not the same, the parallels between service to country and service to our clients are very clear to me – they require a commitment to the higher ideal of putting the greater goals of our clients above our individual self-interests.

For those who served before me, with me, and after me – thank you. For those others I have served, thank you for the life-changing opportunity you afforded me. I’m honored to share this Veteran’s Day with you.