As we enter the fifth month of the COVID-19 crisis, there has been one relatively bright spot in commercial real estate – industrial. 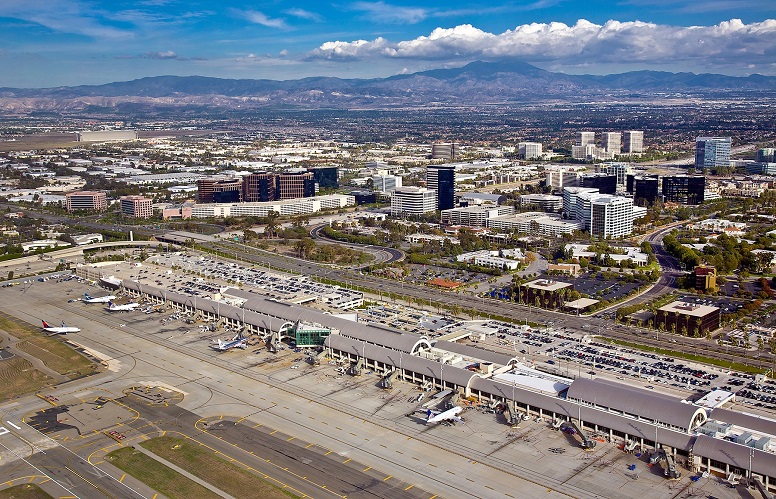 It appears that the OC industrial vacancy rate is not as affected by unemployment data as in the past due to the exponential growth of eCommerce. Historically, when comparing the Orange County industrial vacancy rate to the unemployment rate, we see that the two tended to correlate each other closely. In fact, the average differential between the two from 2009 to 2019 has only been 204 bps even when considering the Great Recession years. Now when we look at Q2 2020, the difference between the two data points blows up to 1130 bps.

While inflation-adjusted consumer spending has pulled out of April’s deep hole, it remains below its pre-pandemic level. Although U.S. retail sales increased a better-than-expected 7.5% in June, total sales for the April 2020 through June 2020 period were down 8.1% (± 0.5%) from the same period a year ago. The economy is heavily reliant on consumer spending and high unemployment cuts deeply into consumer spending. On the other hand, COVID-related surges in online spending continues to endure even as the economy is reopening and sales through other channels are picking back up after recession-level drops. U.S. retail eCommerce sales increased 14.8% (±1.8%) from Q1 2019 and accounted for 11.8% of total retail sales in Q1 2020. Currently, we are still waiting on official numbers from the U.S. Census Bureau for Q2 2020 figures but if Amazon’s latest earnings call showing a 40% year-over-year increase in net sales is any indicator, we expect eCommerce’s percentage share of total retail sales to continue to increase. Also during the second quarter, profits soared by about 80% at both Walmart and Target driven by a surge in online orders. Walmart’s online sales jumped 97% from a year ago while Target reported a 200% spike in online sales.

With eCommerce continuing to expand, strong demand for infill fulfillment facilities will continue. The need for last-mile logistics facilities bodes well for the industrial sector and puts the Orange County market in a strong position to weather the economic storm. Although all real estate sectors do better when the economy is experiencing job growth, the low vacancy rate shows that job growth is not necessarily needed to sustain demand for industrial.