After a quick pullback in spring 2020, consumers around the world began spending on imported goods at a rapid clip, caused in part by the inability to shop in brick-and-mortar retail. The resulting explosive demand drove unprecedented amounts of containerized products from Asia to consumer economies of North America— and projected import traffic shows no signs of abatement through the first quarter of 2021. 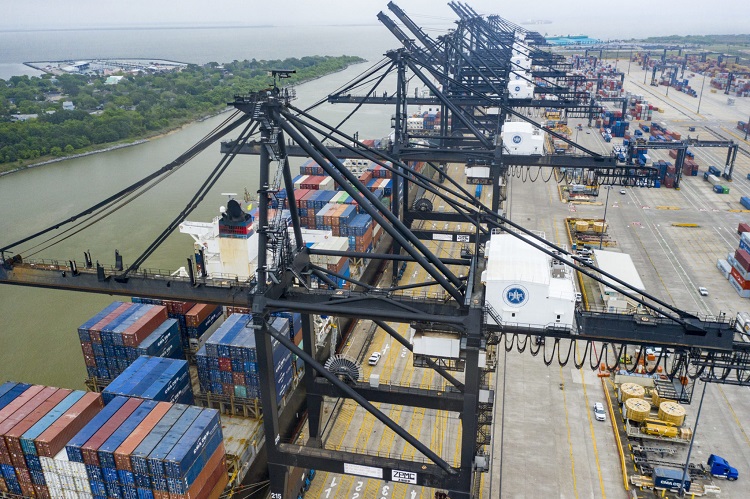 After initial pandemic-induced weakness in the first half of the year, ports in the U.S. and Canada rebounded strongly in the second half of 2020. Volumes for the full year changed only modestly—a 2% increase in loaded inbound twenty-foot equivalent units (TEUs) and a decline of 5.5% on loaded export units.

Major upgrades and renovations are underway at the Port of Houston. Construction is underway of approximately 6,500 feet of track rail at Houston’s Bayport Terminal, connecting the existing rail from Strang Rail line to within 900 feet of the Container Freight Station Road in the Bayport Intermodal Facility.

Additionally, Wharf 3 is undergoing rehabilitation. The project is divided into three parts. Part one: Wharf 3 will be upgraded in order to support 100 feet gauge dock cranes. This work includes the upgrade of 1000 feet of wharf, a new stevedore support building, structural elements, high mast pole lighting, and electrical infrastructure. Part two: the construction of 3,600 feet of concrete duct bank for power and communications. Part three: the partial demolition of the Lash Dock. Project scheduled for completion in 2021.

For more information, check out our North American Ports Report.