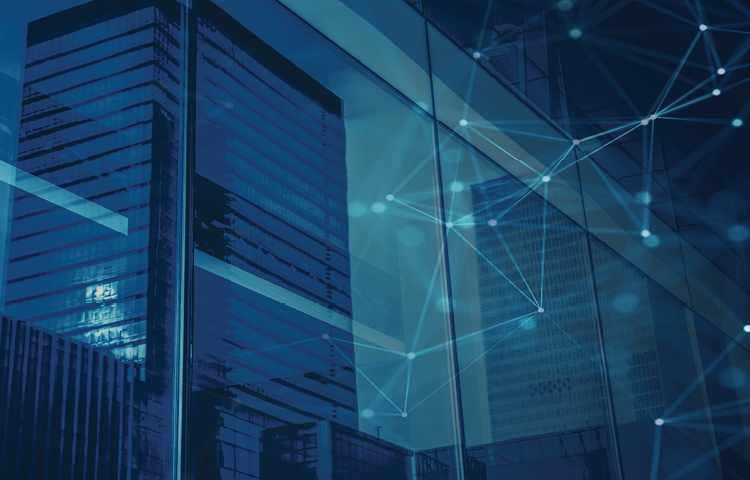 Tech and big deals dominated office leasing in 2019.  The sector continues to look strong and stable.

The pattern of leasing during the year was inconsistent. In the first half of 2019 new leasing totaled 174.9 msf—the second strongest six months of the past 18 years. In the second half of the year, however, leasing volume slowed to 149.2 msf, declining to approximately 68 msf in the fourth quarter—the slowest activity since the end of 2015.

Because leasing volume can be erratic from one quarter to the next, it is best to look at a moving average to gain a better idea of leasing activity trends. On a four-quarter moving average basis, the volume of new leasing was healthy in 2019, as it has been since 2017. This suggests that the slowdown in the second half of 2019 is not something to worry about, although leasing volumes will bear watching throughout 2020. 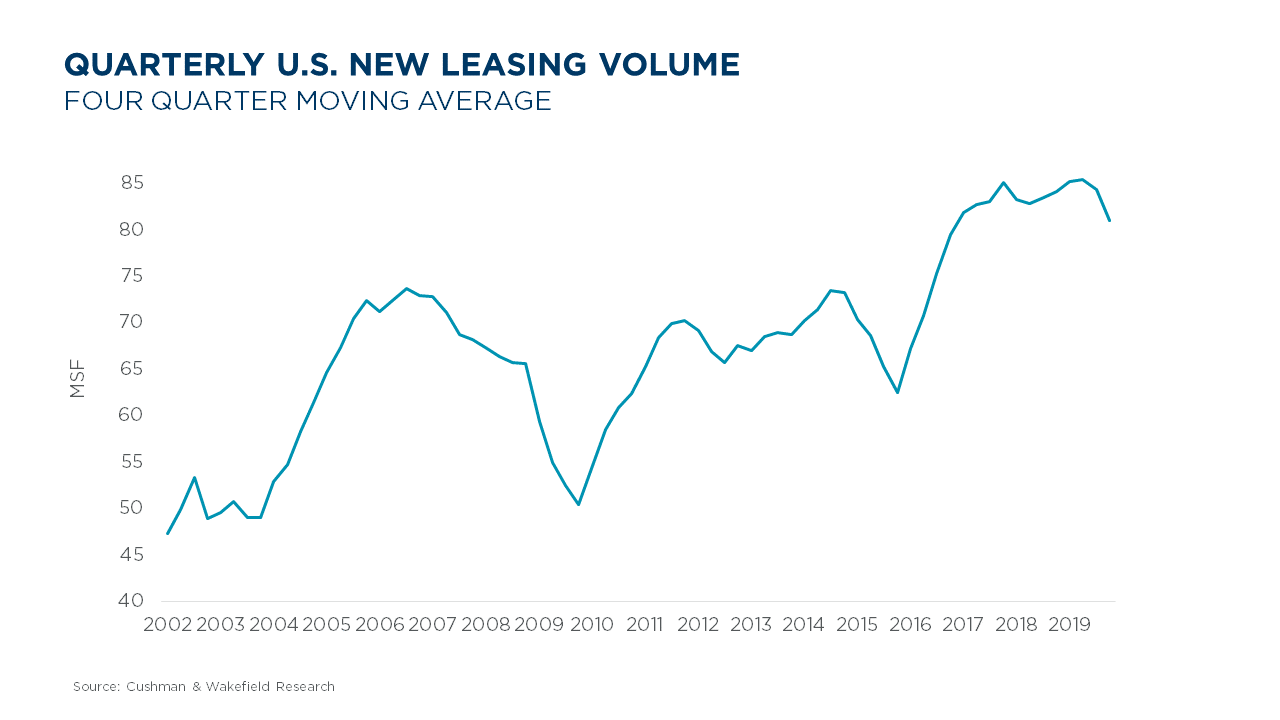 TECHNOLOGY DOMINATES
For a better understanding of the industry breakdown of 2019 leasing we analyzed the top 4,000 leases across the U.S. and Canada—a data set that includes slightly less than half (43%) of all the square footage leased in 2019.

An industry breakdown of leasing demonstrates the strength of the technology sector during 2019. The tech sector accounted for 27.6% of all leasing among the top transactions of the year. That’s roughly the same as the next three most active sectors combined: financial services (16.2%), government (6.2%) and real estate (5.8%). 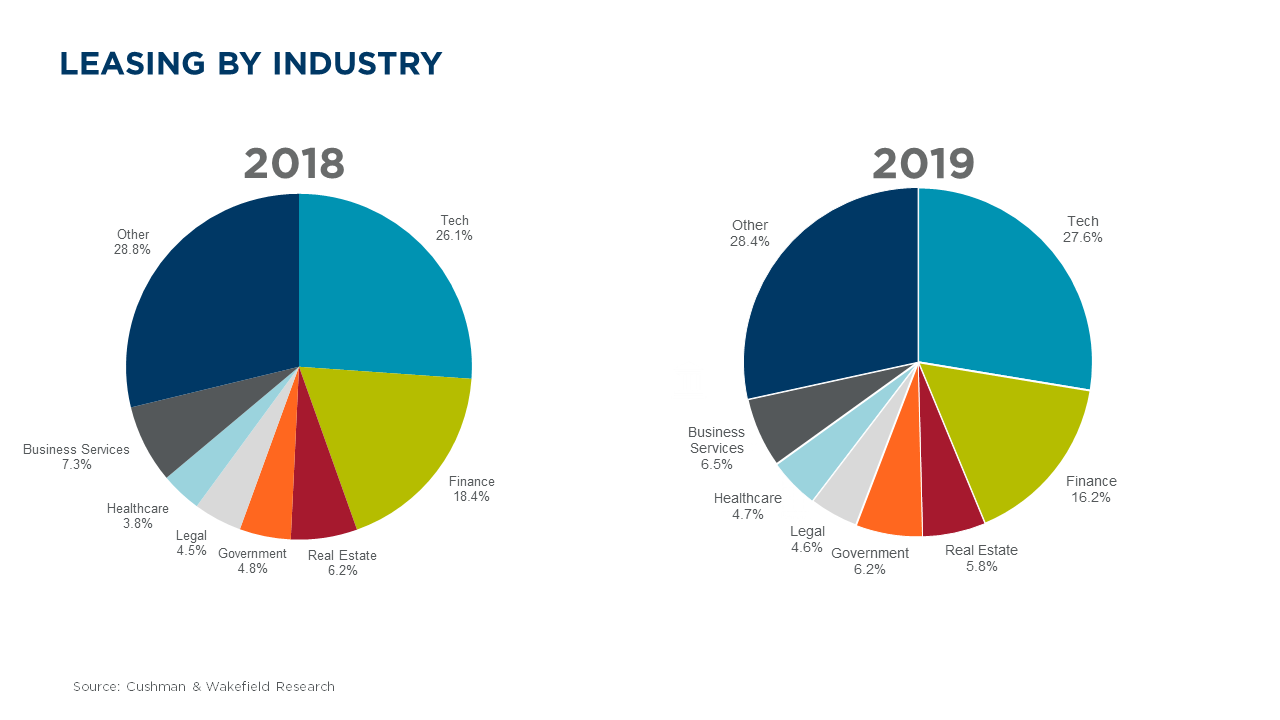 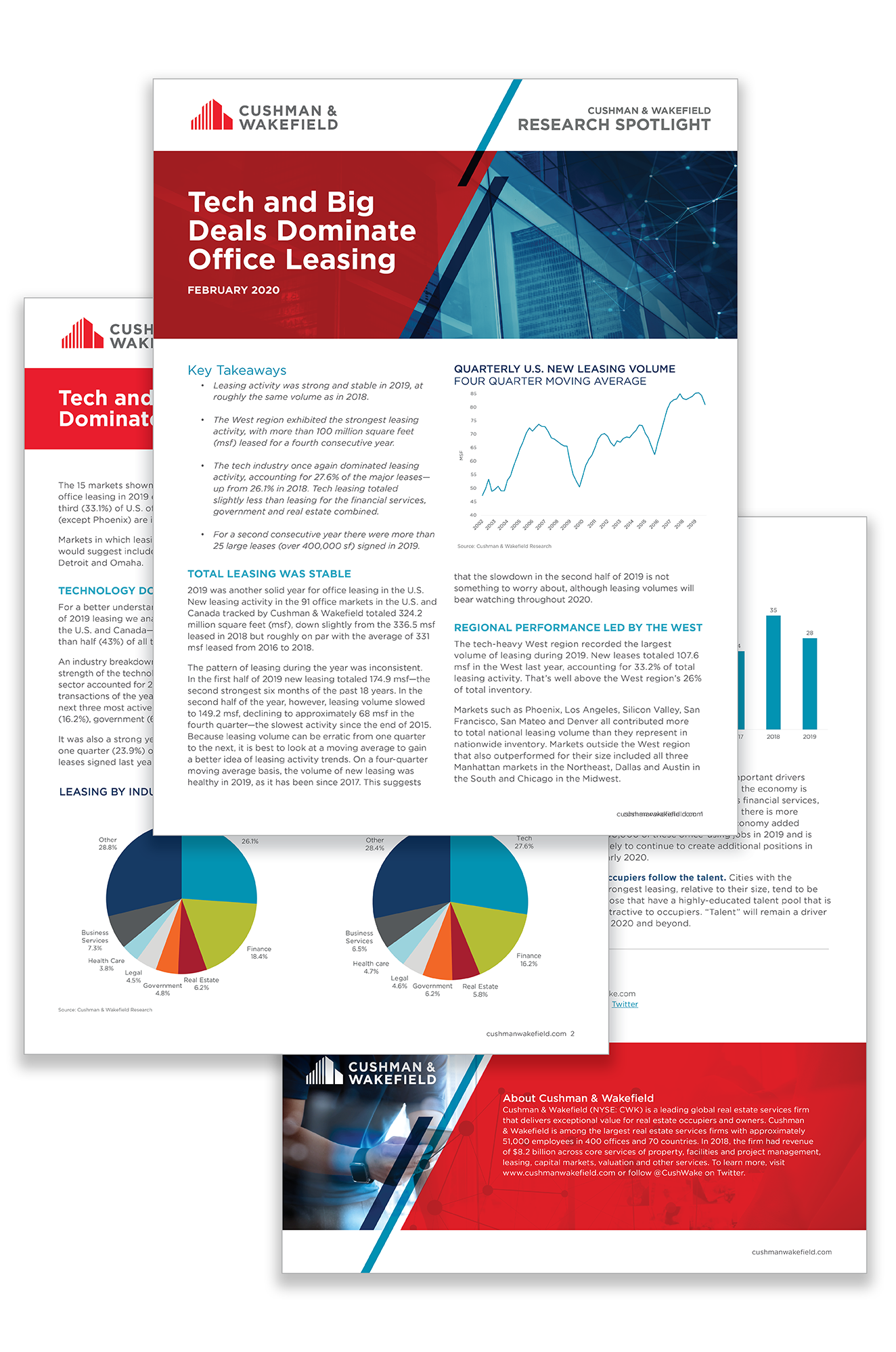 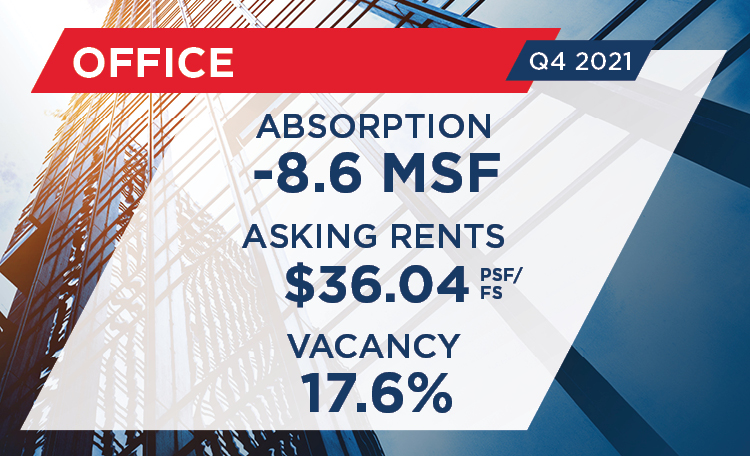 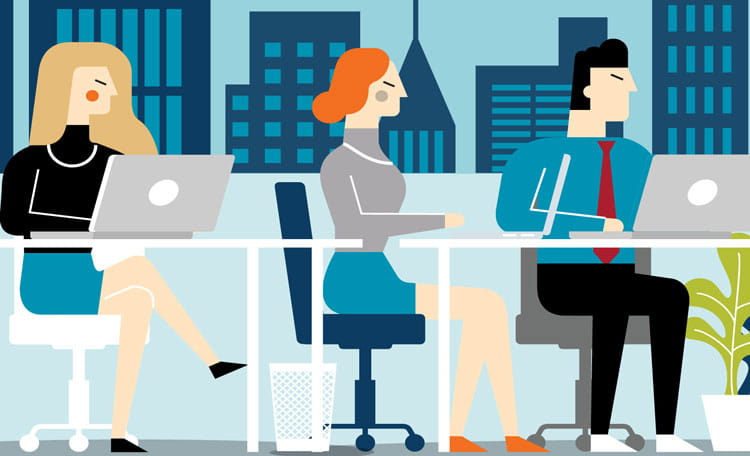 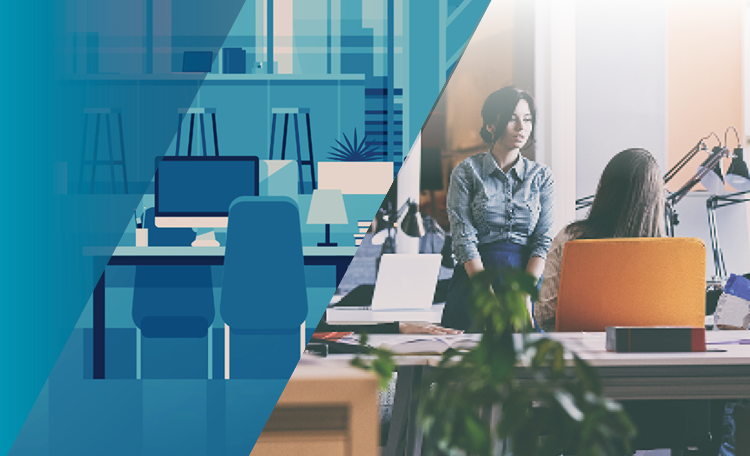