Are there more food halls in Kansas City’s future?

Cushman & Wakefield’s national retail research team just released a report on food halls and their evolution, and the growth rate is staggering.

In the world of retail and entertainment, food halls are the hottest topic right now. Cushman & Wakefield’s national retail research team just released a report on food halls and their evolution, and the growth rate is staggering. From 2012 to 2013, the number of food halls in America floated between 35 and 40. By 2016, the number had crept up to about 120. By the end of 2019, there will be more than 350 food halls in the county.

How does Kansas City fit into this trend? Parlor KC, which was billed as Kansas City’s first food hall, opened in the Crossroads in September 2018. The concept ticks most of the boxes for a food hall, with six different kitchens offering everything from sandwiches to pizza to Korean comfort food along with two bars and an eclectic range of places to sit. Parlor KC offers guests plenty of different dining options to enjoy along with craft cocktails, local beers, and a stylish, urban atmosphere.

As Kansas City’s first food hall, Parlor KC is a bit smaller than many of the food halls opening around the country these days. Parlor KC is around 18,000 square feet (sf), while New York City’s Eataly covers 50,000 sf and serves more than 6 million guests a year. Eataly is also more than just a collection of restaurants, as there are specialty markets selling all kinds of products and groceries. The concept originated in Turin, and there are now locations everywhere from Chicago to Milan, Munich and Las Vegas, and a Rome location complete with brewery, coffee roasting company and other attractions.

Obviously, Kansas City hasn’t seen anything that ambitious, but larger plans are on the way.

The Mission Gateway development at Shawnee Mission Parkway and Johnson Drive will be anchored by a 40,000-sf food hall curated by Tom Colicchio, who along with hosting Top Chef co-founded Gramercy Tavern and then founded Crafted Hospitality, which operates a series of acclaimed restaurants. Colicchio has received five James Beard Awards, and there is every reason to believe that his project at Mission Gateway will continue to spark the evolution of dining in Kansas City and offer local chefs and farmers new outlets to share their work.

In the meantime, Strang Hall (named after William Strang, the founder of Overland Park) will be opening in downtown Overland Park near 80th and Metcalf. Strang Hall will operate on a different business model than most food halls, as the chefs will work for the business instead of signing a lease on space and then trying to operate a business within it. The chefs will still have complete freedom, but the idea is to eliminate the start-up capital requirements and risk associated with starting a new restaurant.

There is one food hall in Kansas City that has been in operation since before the term “food hall” became popular. Kansas City’s River Market is home to more than 15 restaurants in the market itself, multiple specialty and ethnic food stores, and of course countless vendors on Saturday at the Farmer’s Market. For anyone interested in getting a more traditional sense of food halls, it’s well worth hopping on the KC Streetcar and riding to the market to get a taste of the great variety of foods in Kansas City.

Are there more food halls in Kansas City’s future? National trends certainly indicate that possibility. Kansas City has seen a sizable uptick in investor enthusiasm for office space and a food hall is definitely the “it” amenity for landlords to get creative to attract and retain top tenants, both in an urban high-rise or suburban campus setting. Nothing’s ready to announce yet, but certainly the trend is a major one to keep an eye on. 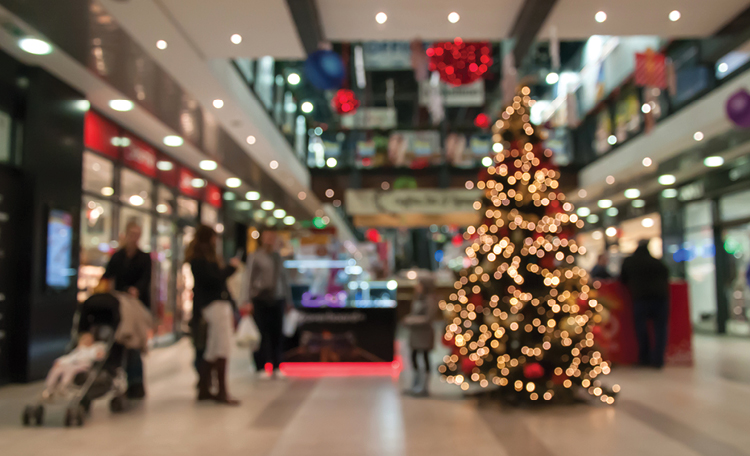 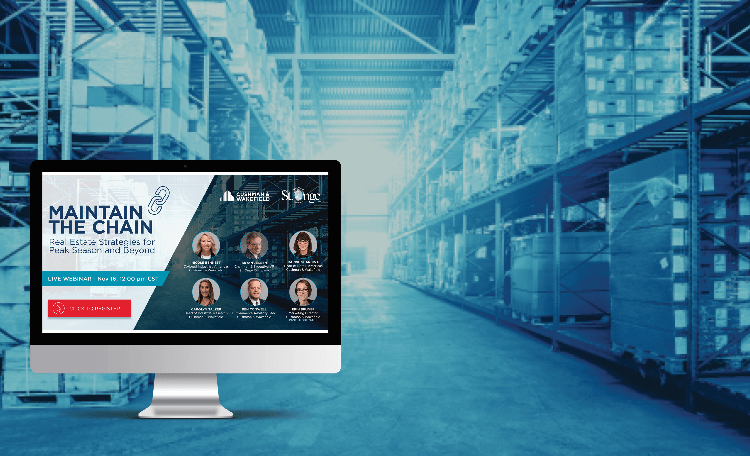 Maintain the Chain – Real Estate Strategies for Peak Season and Beyond

Our panel of logistics and retail experts joined us for a discussion about the ongoing challenges caused by supply chain disruptions and record-breaking industrial real estate market conditions.
Nicole Bennett • 11/17/2021