Leasing Activity Increases Slightly in Both Westchester and Fairfield Counties

As we enter into the second half of 2019, both Westchester and Fairfield counties are continuing to see modest leasing increases year-over-year.

Despite an increase in demand in the first half of 2019, demand is anticipated to stay relatively modest over the next six months in Fairfield County, with a possibility of several large and notable transactions occurring later this year.

When we look at vacancies over the last year, we see a notable increase of 230 basis points to 26.8%. However, most of the surge in vacancy is a direct result of the repurposing of 39 Old Ridgebury Road in Danbury, where over 436,000 sf of space was added to the market. Vacancy is projected to fall across the county as large corporate tenants begin to migrate into their newly leased office space, with the largest declines in vacancy occurring in the Stamford submarket. 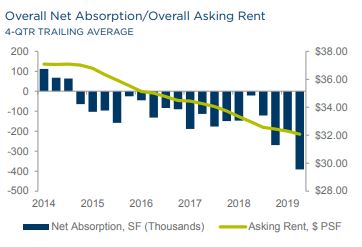 The average asking rent for space in the county decreased $0.88 per square foot (psf) over the last twelve months to $31.59. The Greater Danbury submarket registered the largest year-over-year drop in the county since mid-year 2018, by $5.55 psf to $19.20. Conversely, Greenwich registered a $0.87 psf increase since the second quarter of last year to $52.58 psf.

The East I-287 submarket led the county in transactional volume in the first half of 2019, up 64.1% compared to one year ago. Likewise, the West I-287 submarket registered an 87.1% increase in year-over-year demand, with a total of 171,271 square feet (sf) in year-to-date transactions. The largest leasing transactions in Westchester County for the second quarter of 2019 included a 78,649-sf renewal lease at 4 Manhattanville Road in Purchase, a 63,575-sf new lease at 1311 Mamaroneck Ave in White Plains and also in White Plains, a 56,239-sf renewal lease at 360 Hamilton Avenue. 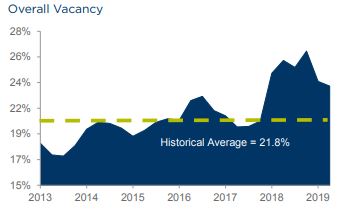 Vacancy on the other hand saw a significant change decreasing 220 basis points (bps) over the last twelve months, ending the second quarter at 23.5%. This substantial drop in overall vacancy can be mainly attributed to the removal of the former IBM headquarter in Somers from the statistical sample, which totaled over 1.0 million square feet.

Asking rents across the county increased $0.74 per square foot (psf) over the last twelve months to $28.59. Class A space in downtown White Plains registered a $0.86 psf increase in the overall average asking rent of space to $37.21. On the contrary, Class B space registered a year-over-year decline of $1.03 psf to $23.55. 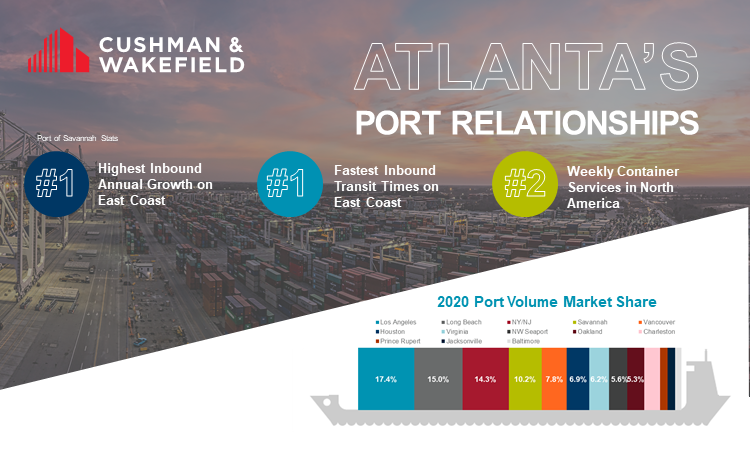 Southeastern ports are a vital economic engine for the U.S. and a tremendous driver of demand for industrial real estate.
Christa DiLalo • 6/2/2021