The St. Louis Office market is in great shape as 2019 comes to a close, with a vacancy rate of 12.2 percent and absorption for the year totaling nearly positive 1.0 million square feet (msf). Pricing continues to push higher with more and more quality space being delivered to the market.

But what else can you see when you delve a little deeper into the office leasing numbers for the year? We reviewed almost 450 leases recorded throughout the year, and here’s what stood out:

Leasing happened everywhere.
As expected, Clayton and Downtown St. Louis led the way in terms of both square footage and gross number of leases. The two submarkets combined for just under a third of all leases and just over a third of all square feet (sf) leased. But no single market managed much more than a 20 percent share of all leasing activity, with Downtown’s 21.1 percent of all sf leased leading the way. In fact, seven markets in all managed at least 250,000 sf of activity, showcasing the office market’s strength across the map.

Deals came in all sizes.
About half of all leasing activity (2.1 msf) in 2019 came in chunks 20,000 sf and up. But that total came from just 44 deals, with mega-deals like those signed by Square, Ameren Missouri and Benson Hill Biosystems making big statistical dents in the market. But far more deals were small, with 260 of 446 leases recorded measuring less than 5,000 sf, further highlighting the strength of the economy. Renewals were outpaced by new leases.
Almost two-thirds of the number of leases (303) and square footage (2.7 msf) absorbed in 2019 came in the form of new leases, meaning the occupant was either relocating or expanding to new space. The ratio of renewals to new deals is up from a historical perspective where renewals traditionally represent two-thirds of the office deals within a given period. Relocations in 2019 didn’t necessarily mean a larger chunk of space, though: Renewals averaged 9,500 sf while new leases averaged 8,921 sf – a difference of about four or five employees’ worth of space.

Clayton was dominated by smaller deals.
Those 94 leases signed in Clayton made it the second-busiest submarket by gross number of leases, but its deals were on average much smaller than other areas, at 6,238 sf. The submarket managed six of the metro’s 44 deals for more than 20,000 sf on the year, and just one of the year’s 20 largest leases happened in Clayton. That’s likely due to a shortage of contiguous space in Clayton – in fact, tenants looking for more than 30,000 sf have only two options in that market. 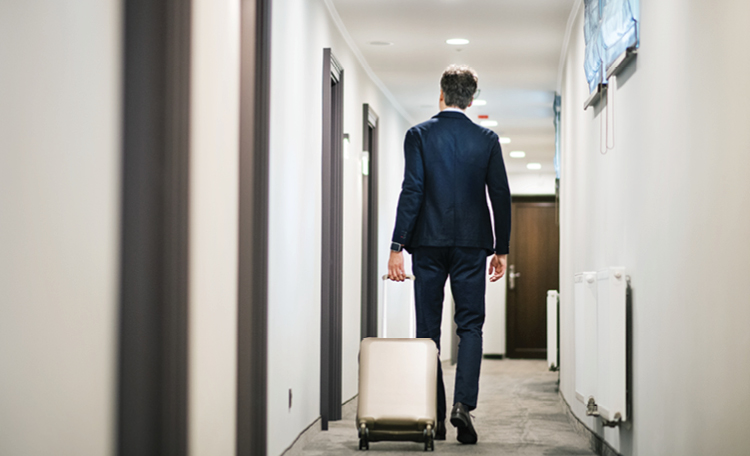 While expectations of a softening U.S. hotel performance were anticipated at the beginning of 2020, no one was prepared for the uncertainty of the ensuing year.
Elaine Sahlins • 2/26/2021 LIBOR’s End is Going to be Messy

Banks continue to write contracts tied to LIBOR and will most likely continue to do so until they are required to stop.
Matthew Blair • 2/25/2021