Automated vehicles have long been promised as a technology of the future. But thanks to several key milestones over the last few years, I think we can safely say that the technology is here to stay.

Adoption of disruptive technologies, along every point of the supply chain, is already having a profound impact on industrial commercial real estate. The changes caused by new technologies—including autonomous trucks, delivery drones and even robots—are expected to be widespread. In many areas, these new technologies will redefine where facilities are located and designed, according to Cushman & Wakefield’s new report, Tech Disruptors and the Supply Chain: Robots, Drones and Autonomous Vehicles. Industrial real estate in particular will see some significant changes.

We’re already starting to see some big changes occur due to new technologies. For example, in Dallas there’s a growing demand for warehouse/distribution facilities with higher ceilings (32 or even 36 feet clear) to accommodate robotics and advanced automation. The next big wave of changes is likely to come on the backs of automated trucks, which are becoming increasingly common on Texas highways.

Let’s take a closer look at how the trend is emerging, and how it might impact industrial real estate in DFW:

First, a note about “automated” versus “autonomous” trucks. The end goal of the trucking industry is to have fully autonomous trucks, but for now, there is a safety driver behind the wheel of any automated vehicle. The automation is mostly used on the highway, where speeds are more consistent and there are fewer potential complications. For the foreseeable future, drivers will be responsible for getting on/off the highway and for in-town driving.

Once the technology advances enough, fully autonomous vehicles will offer incredible benefits to the trucking industry, as well as a wide range of businesses, particularly by helping to reduce costs and improve efficiency. For example, human drivers are limited by how long they can drive without becoming dangerously exhausted; driverless trucks will be able to operate without rest breaks. Plus, today’s drive shortage will be a thing of the past, as the number of long-haul trucker positions is gradually reduced.

Who Are the Disruptors?

Several key players are making their mark in the automated vehicle space. A company called Embark is Hauling Frigidaire refrigerators 650 miles from Palm Springs, CA, to El Paso, TX, using safety drivers who are employees of Ryder. Uber is currently operating automated trucks in Colorado, hauling beer. And Waymo—formerly Google’s self-driving car project—is contemplating putting their tech into big rigs. As in any other industry, the competition is a good thing, helping to drive innovation forward with every passing year.

Texas is one of only a few states whose laws explicitly state that automated vehicles are allowed. This is a significant boon because many states do not yet have laws on the books addressing the technology. Texas also specifically has authorized “platooning,” which allows for a group of automated trucks to drive in a close-knit convoy, saving time and reducing fuel costs.

The technology is good for the state’s business climate and economy, so it has support from local and state governments. And, bonus: Texas has hardly any snow, which, in other states, will be a significant obstacle that still needs to be addressed.

DFW in particular has already seen several successful pilots of automated vehicles. For example, Drive.Ai has been running a fleet of seven commercial Nissan vans to shuttle people around Arlington’s entertainment district—this after the company’s eight-month test run in Frisco, where the same fleet shuttled riders with stops in Hall Park, The Star in Frisco and Frisco Station.

The Potential Impact on CRE

With autonomous big rigs still in the nascent stages, the full impact to industrial real estate is yet to be established. I expect the first wave of site selection changes to be to major distribution centers. We’ll likely see warehouse and distribution centers moving closer to permitted AV highways, since these locations would limit the usage of the driver. The first sustainable routes are likely to be between set routes, e.g., from manufacturing sites to distribution hubs or from distribution hubs to spokes.

Companies will need to consider how to limit the number of highway interchanges on their routes. Look for long-haul routes along the major interstates, such as I-10 and I-30. Eventually, sensor technology will improve to the point that automated trucks will be able to handle snow, opening routes in areas such as the Rockies and the Northeast.

By 2030, we should have fully autonomous trucks crisscrossing our nation’s highway systems, according to Cushman & Wakefield’s report. (Passenger vehicles will lag a bit behind, since driving city and suburban streets is a lot more complicated than hitting the freeway.)

The implications for the supply chain will be huge: McKinsey estimates that 80% of packages will be delivered autonomously in just 10 years, both by ground and air. Unmanned trucks could eventually work in concert with delivery drones to automate the entire process of shipping, receiving, sorting and delivering goods. Industrial facilities would need to be designed around these new technologies (think high ceilings, flat floors and less square footage dedicated to human employees). Transportation costs would be lower than ever, prompting many businesses to move their warehouses and distribution centers to secondary/tertiary markets where real estate costs are much lower.

Big Changes on the Horizon

The supply chain is poised to experience some enormous changes in the coming years and decades. Of course, many technological hurdles and regulatory challenges will have to be worked out, but in the meantime, innovation will continue.

Employees shouldn’t worry too much about automated vehicles or robots “coming for their jobs.” For the foreseeable future, human labor will still be a key part of the success of the supply chain. But it’s fascinating to see these technological changes start to take hold in Texas and across the country, and to consider how the supply chain of the future will revolutionize commercial real estate as we know it. 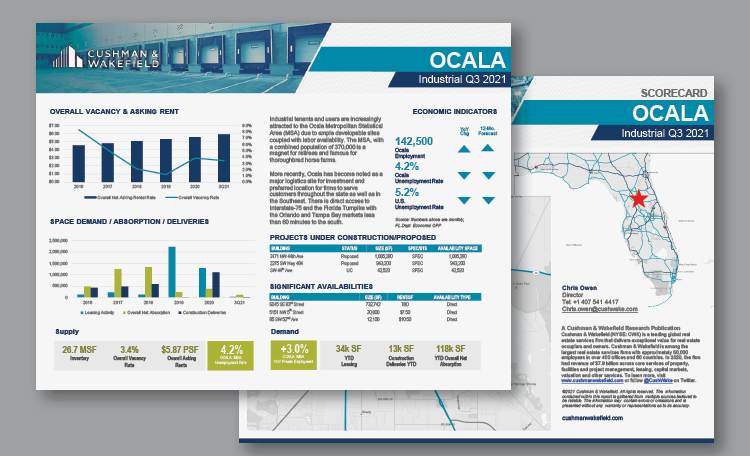 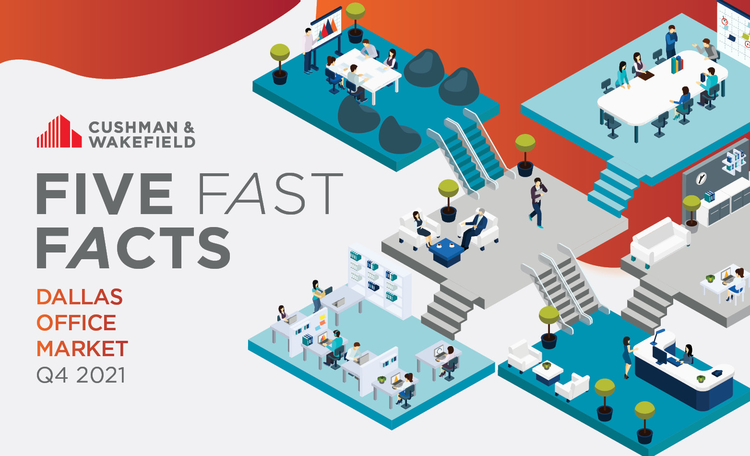