Through three quarters of 2019, the Minneapolis-St. Paul industrial market has remained hot, with more than 2.0 million square feet (msf) absorbed.

The vacancy rate across all industrial properties sits at 7.6 percent, down three points from the same point last year and well below the historical average of 9.5 percent.

But what trends are driving the market when we take a closer look at the data? Here are five findings after dissecting the year’s leasing a little more closely: 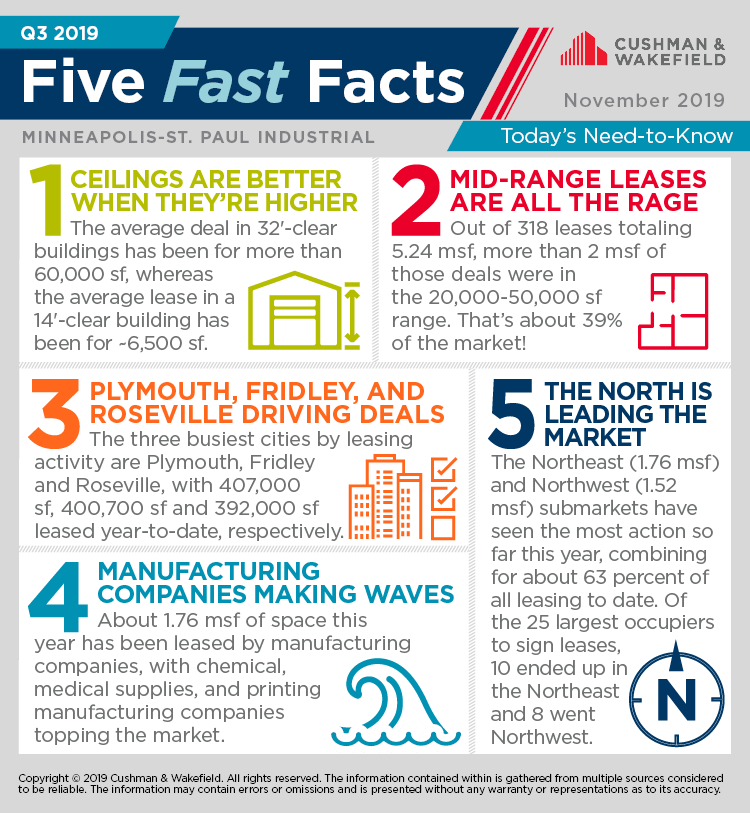 1. Ceilings are better when they’re higher

Clear heights continue to move upward, with 2.89 msf of deals taking place in 24-foot-clear buildings or higher. A higher number of gross deals have happened in lower-ceiling properties, but larger tenants are by and large looking for higher ceilings. In fact, the average deal in a 32-foot-clear building this year has been for more than 60,000 sf, whereas the average lease in a 14-foot-clear property has been for about 6,500 sf.

2. Mid-range leases are all the rage

The three busiest cities by leasing activity are Plymouth, Fridley and Roseville, with 407,000 sf, 400,700 sf and 392,000 sf leased year-to-date, respectively. Interestingly, deals have averaged a much larger square footage in the latter two cities, with just 10 leases each, while Plymouth’s square footage comes from 24 distinct deals.

Of approximately 4.2 msf where a company type could be determined, manufacturing companies made up nearly half. About 1.76 msf of space this year has been leased by companies in that industry, with chemical, medical supplies and printing manufacturing companies topping the market. The next-largest category was wholesale traders, which made up about 589,000 sf. Nearly 1 msf couldn’t be categorized.

5. The North is leading the market

The Northeast (1.76 msf) and Northwest (1.52 msf) submarkets have seen the most action so far this year, combining for about 63 percent of all leasing to date. And when you focus on the largest leases only, the disparity grows. Of the 25 largest occupiers to sign leases this year, 10 ended up in the Northeast and eight went Northwest – likely due to higher availability of land for new construction and existing space in the northern markets. 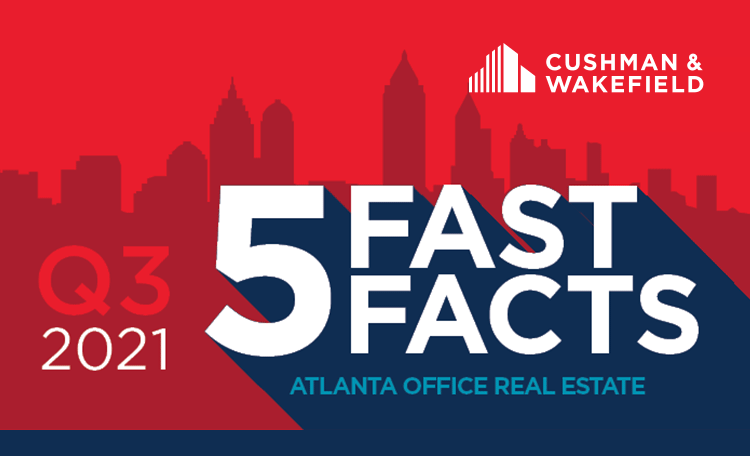 As Atlanta’s employment fundamentals continued to strengthen, the office market began to follow suit in Q3. Vacancy stabilized and several large tenants signed deals during the quarter, suggesting that absorption will continue trending positively throughout the remainder of the year as these firms complete buildout and begin to occupy their new office spaces.
Brandon LaBord • 10/6/2021 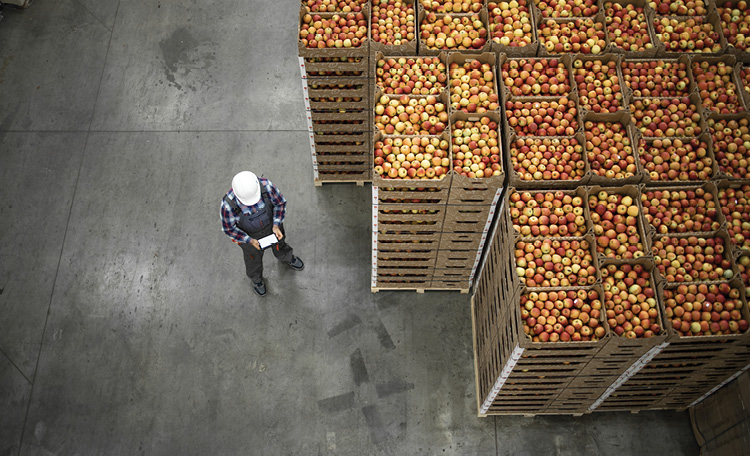 While the impacts of COVID-19 are still unfolding, it’s increasingly clear that food and beverage companies will need to continue to evolve their strategies when it comes to inventory management, real estate decisions, automation, packaging and sustainability among other things. 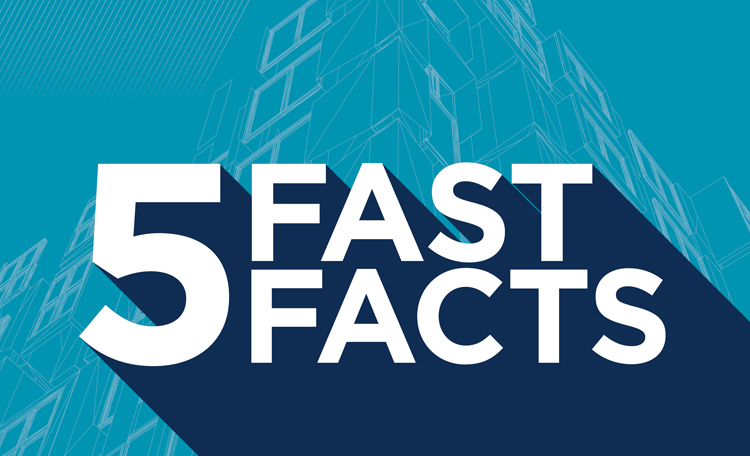